All-female visual kei band exist†trace surprised fans during their first USA tour by performing an unreleased track “HONEY” from their upcoming album “VIRGIN,” due to release May 23 in Japan.

Performing in four cities across the Northeast, exist†trace completed their first live-house tour of America in March with stops in Boston, New York, Philadelphia, and Pittsburgh, where they played for over 1000 fans at the Japanese anime and culture event Tekkoshocon.

In addition to the new track from “VIRGIN,” the hour-long set list included recent singles “Daybreak’ and “True,” along with early-career crowd pleasers like “Judea” and “Sacrifice Baby.”

The exist†trace concert at Tekkoshocon was so loud that noise complaints were received from neighboring buildings in the area. 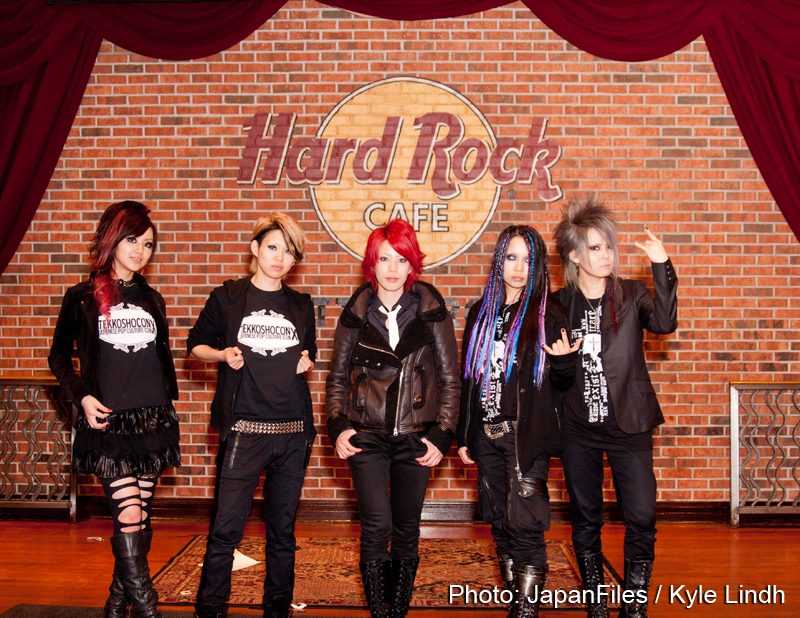 Tekkoshocon partnered with national restaurant chain Hard Rock Café for a special 150-person invitation-only performance by exist†trace on the final day of the tour. This marked the first occasion where a Japanese band has performed at Pittsburgh’s popular rock-themed venue.

“VIRGIN” will be the first full-album release from exist†trace through major Japanese label Tokuma, following two 5-song EPs from 2011, “TRUE” and “THE LAST DAYBREAK.”

“Everyone who joined the East Coast Tour, otsukaresama deshita!

“This was our second performance in America following last year, so we thought we understood the American energy. But, the ‘IGU family’ in America really surprised us, in a good sense! We were really happy that you guys welcomed us with heat that’s hotter than we imagined!

‘Thank you so much!

“We created our stage show with some special elements this time. Songs with a unique production style, like ‘Little Mary…’ and ‘Kiss in the Dark,’ our new song ‘Honey’ that joined us all together, and ‘Judea’ which has always been supported by all of you overseas. All of these songs became important and a special time we shared with you.

“We have been going overseas once a year so far, and if possible, we’d like to visit America more often. We’d like to truly become a ‘Vanguard’ to tell many people how cool Japanese Rock is in many different locations.

“We’re really eager to visit you again, so don’t hold back! Show us your excitement and invite us again. We may visit your town because of your voice.

“See you again somewhere. Take care until then! 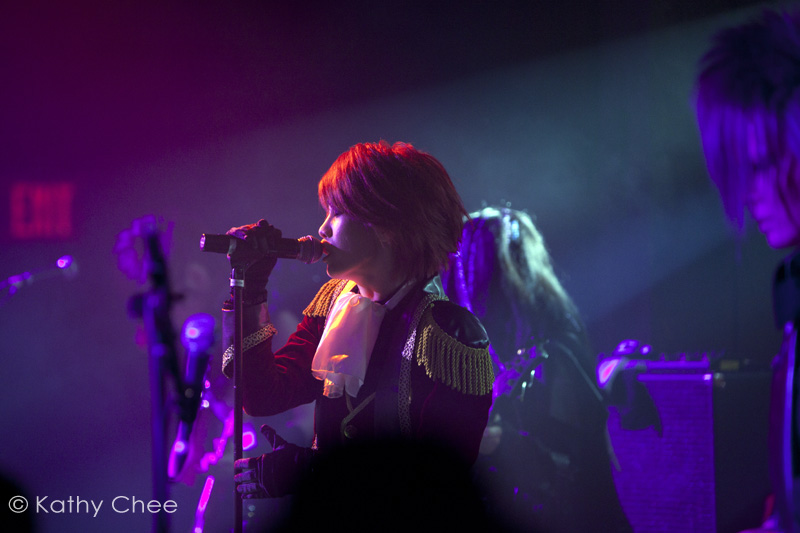 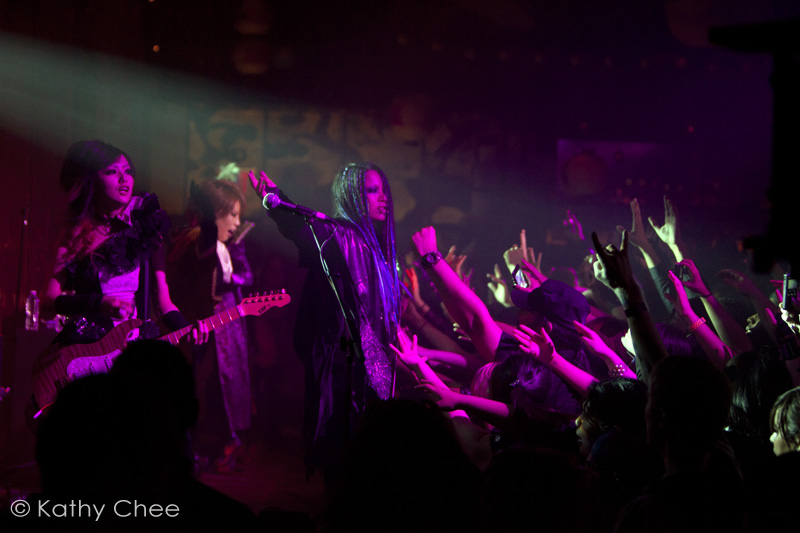 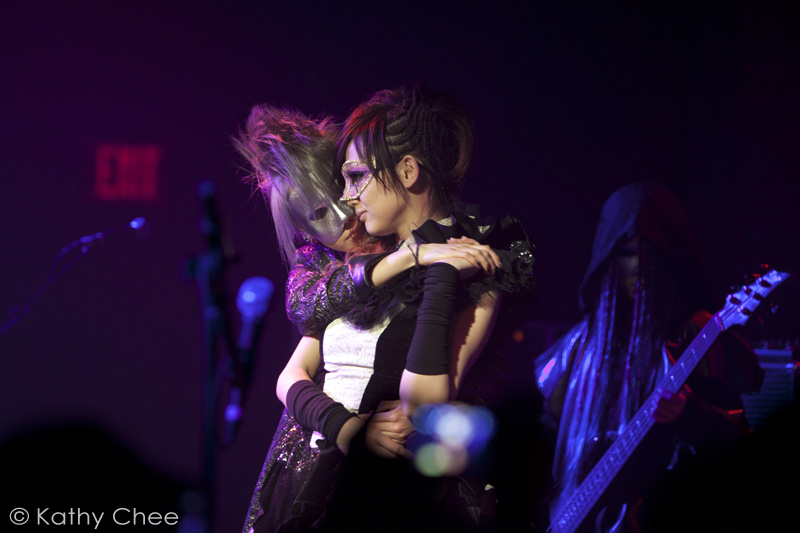 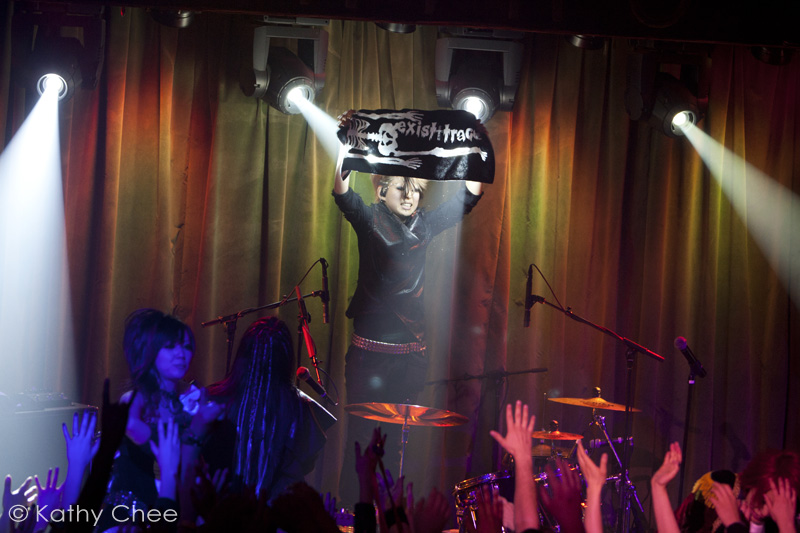 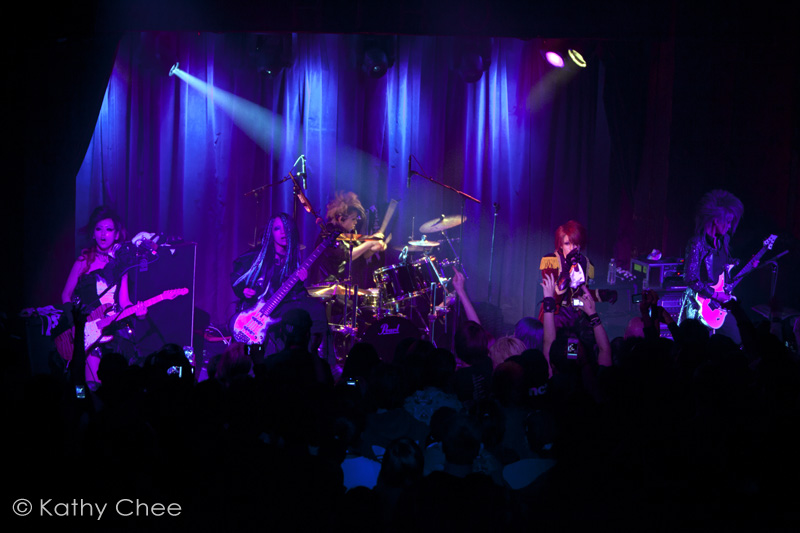 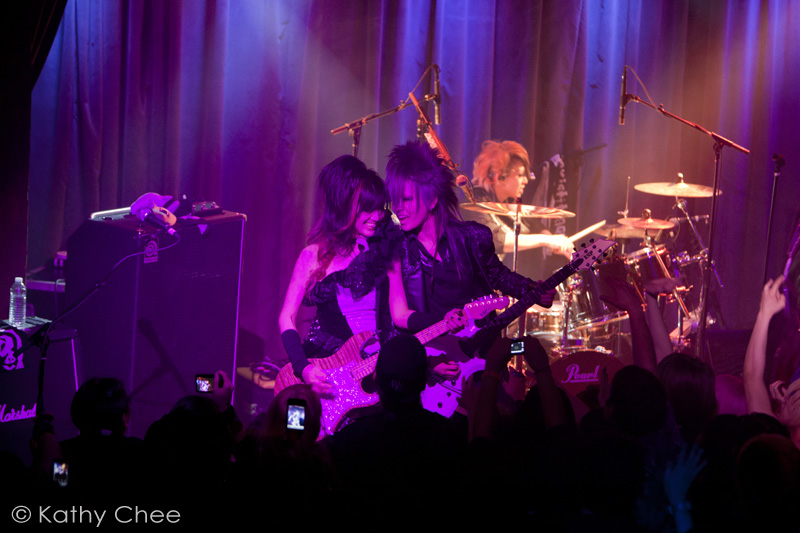 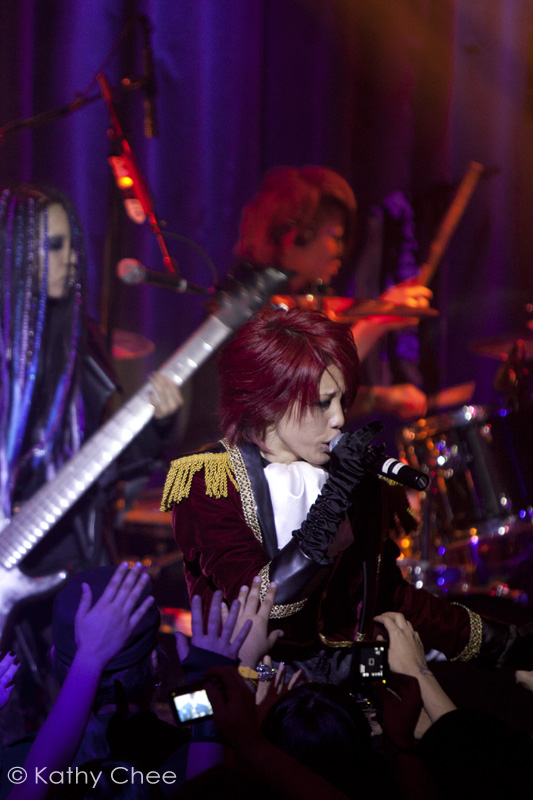 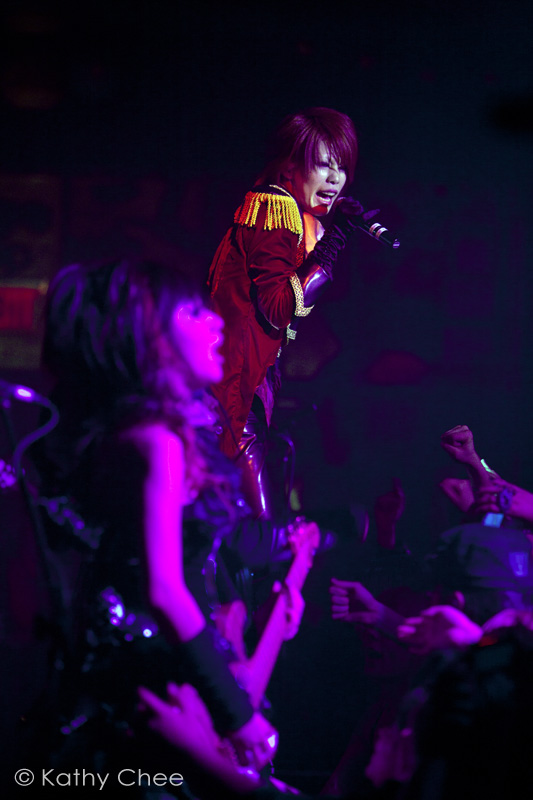