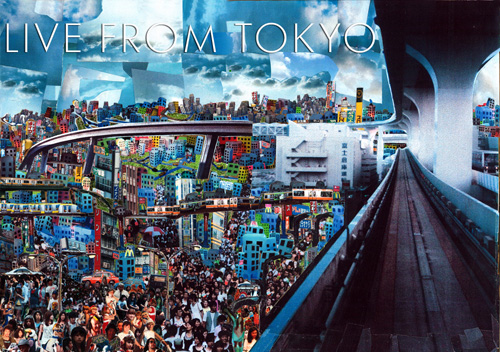 Kudos to Good Charamel for releasing this documentary stateside in hard-copy DVD format. Complete with live house performance footage, backstage interviews, and insider discussion, the DVD is worth a glance to reward the effort, even though the results are somewhat jumbled. Lots of new and interesting Japanese indies bands are featured (DMBQ, tokyo pinsalocks, Uhnellys, Zoobombs), but anyone familiar with the indie scene will notice some glaring omissions of some of the more popular and experienced underground artists. It seems that the filmmakers had limited reach and at times settled for some truly amateur bands to fill up the time.

A great deal of time is spent on “music market” discussion by outsiders, but there is no insider response to this. If the Japanese music market is shrinking, how and why do these independent artists continue? One expert states there are thousands of musicians performing in Tokyo every week — the documentary brings up the question of survival but never explores or answers it. Industry discussion is dominated by white ex-pats, with little-to-no Japanese commentary about the business, struggles, or strategies.

There are some highlights: Zoobombs discussion of Japanese culture’s unique method of choosing elements of style to form new music. It’s the “invent something better” tradition. There’s also a brief discussion of the “naruma” system (pay-to-play), but it comes in way too close to the end (51 minutes in) and doesn’t address the complex economics behind it.

Live from Tokyo needed a lot more of this, and a better selection of performances. Instead, there’s way too much filler. I clocked 10 minutes of montage instrumentals: stop-motion animation, sushi collages, oversaturated traffic streams…. it just doesn’t match. The film wants us to see Tokyo as a society perpetually on fast-forward (note the hustle-bustle shown in the opening sequences), but the “megalopolis” theme is not applied to the struggles or examples that follow.

The doc would have come out better as a short film, or even as a simple compilation of the live show footage with some sincere narration about why the filmmakers think these bands are “awesome”. Then the energy might have been contagious, instead of hiding behind a this semi-academic / semi-art-installation approach.

Buy the DVD from Good Charamel and you get a free code to download the soundtrack (you won’t get that on Netflix!)
Live From Tokyo DVD at Good Charamel!