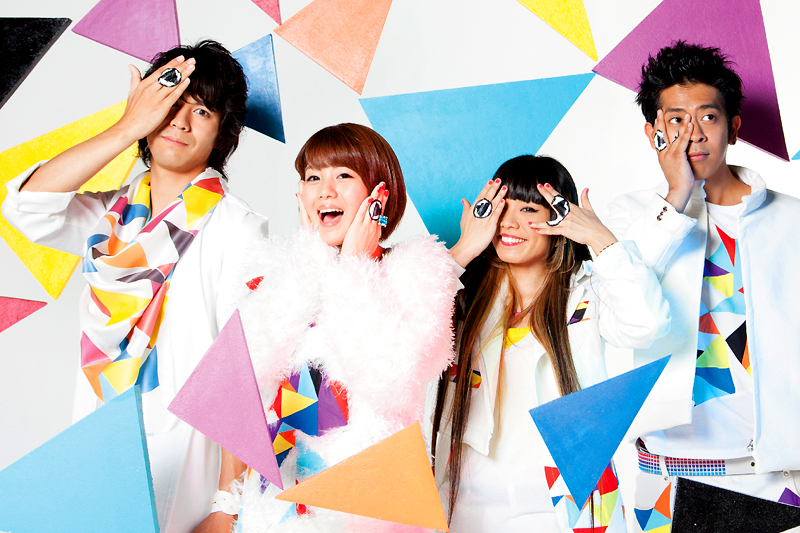 Okinawa-based J-Pop band 7!! will make their USA performance debut at Fanime MusicFest this weekend – May 24-26, 2013. They’ll perform a second live show in New York City on May 27 at The Studio at Webster Hall, sponsored by Japanese news show FCI Morning Eye.

The name 7!! is connected to vocal Nanae’s name… It’s literally “なな (7)… ええええ!” Why did you choose that name for the group, and how did the band come together?

Maiko (drums): The leader, Keita (bass) decided the band name with his friend, and told the other members. At that time, we had just met, and we didn’t have the relationship that allows us to say what we want honestly. We thought it was difficult to read, but we all agreed.

Nanae (vocal): I wanted to be in a band, and I was looking for members. My friend introduced me to Keita who was going to a different school, then Keita brought his childhood friend, Michiru. I wanted a female for the drummer. I found Maiko when she was playing the drums at a school festival. We didn’t know each other, so the next day I just said “Nice to meet you.” She joined the band and we had all the members then.

What parts of Okinawa style and culture do you include in your music?

Keita (bass): Traditional Okinawan music has a unique melody line called “Ryuukyuu Onkai.” We don’t include that, exactly. But I think our easy-going pop melody has touches of Okinawa’s mood and weather.

Michiru (guitar): I often write songs in Okinawa. Whenever I get stuck, I try to write at the beach.

7!! is a young band, but you already have a lot of experience with anime, film, and television theme songs (Naruto Shippuden, High School Debut, Kimi to Boku). What’s it like to see your music connected with different images and characters?

Nanae: It feels really weird! When I saw the anime character I like moving to our music, I was really blown away! At that moment, I was really happy to be in the music field!

Maiko: Even though I imagined things as I was making the songs, I was really moved when I saw the complete version on the air on TV! We made a song first, just thinking of the image of the character, and then the animation staff created the images to match it. I was so happy to have such a precious experience!

Michiru: I’m really happy that many people can listen to our music through different kinds of media. I think it’s a blessing that people in Japan and overseas can listen to it.

Keita: I had been watching this anime since childhood, so when our music was chosen for the theme song, it was an amazing thrill! And then I got to watch the characters move to our music, so the thrill was doubled!

Your song for FCI Morning Eye was called “Nijiiro” (“Rainbow”), and there are always many colors in your music videos. Is this the central theme that expresses the feelings of the group?

Nanae: I would like to show 7 different colors to connect to the name 7!! and to our music. I would like to make songs with different types of expression, so it’s wide range of themes, not just one. I want the listener to feel all those different things.

Maiko: We make the visuals colorful to match the 7 colors of 7!!. We want to deliver music that’s so much fun that people will get excited and they’ll want to be in their own band. I hope people can enjoy our music with 7 colors.

Michiru: The rainbow of 7 colors is definitely connected to 7!!. The song has a message that there will be a rainbow over all of us, and we can reach all the listeners through this song.

Keita: It was the chance to directly express the meaning of our band name. It’s visually colorful and it’s our true expression musically.

Nanae (vocal) and Maiko (drums) have the same birthday, and all members have the same blood type. It’s an amazing coincidence! What are the things that are similar and different about the members?

Maiko: The things that are common in all of us are loving manga and our easy-going personalities! None of us are really serious, so we all have fun together! But, there is one member who makes me go “Hmm?” I think that blood-type O people are usually cooperative and stay together, but Michiru is a little off. (*laughs) When we’re all excited and having fun, she sometimes leaves suddenly.

Michiru: We like a lot of the same things, such as manga, anime, food, fashion, etc. The music we listen to is different, though.

Keita: I think our personalities are all different. It’s not like we’re totally alike, but the things we have in common are liking manga and hating serious talks. Maybe we can keep going thanks to these things. (*laughs)

This month, you’ll perform your first America live. What are you looking forward to the most? And what do you want fans to remember about this performance?

Nanae: I’m really interested in seeing the way American audiences enjoy music! I really look forward to being united with everyone in our first performance in San Jose. I hope to create a live show that delivers the excitement of music and makes people say, “I want to do music, too!”

Maiko: I have an image that American people get easily excited, so this is what I look forward the most! I want to see them enjoy themselves openly and in their own way! Of course, I want to try speaking in English at the live show! On the other hand, I want to teach everyone to shout out our Okinawa dialect. Look forward to it!

Michiru: I hope to be as close as possible with the people who come see the live show. We will create a fun show, so I want us all to enjoy it together.

Keita: Through our songs, I hope to express the fun of music, playing instruments, and being in a great band! 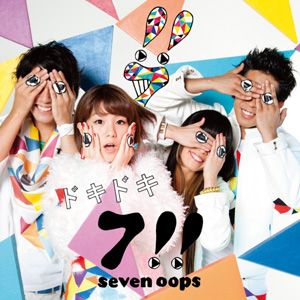