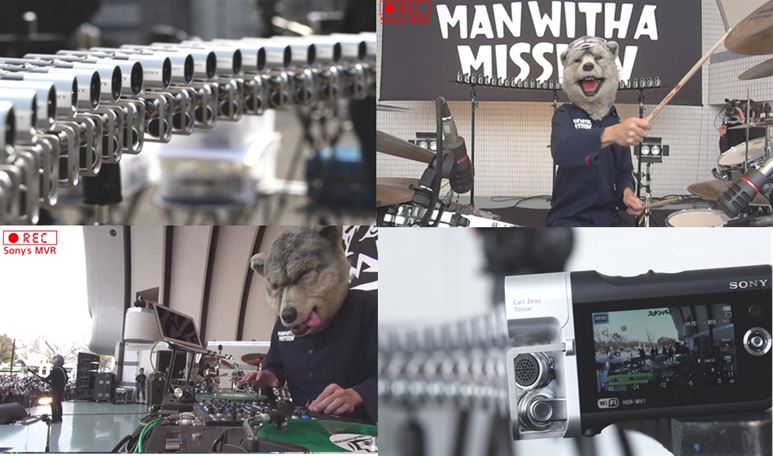 MAN WITH A MISSION has released a new music video shot with 75 Sony Music Video Recorders (MVRs), a new HD video camcorder with high-sound-quality. The live video for the new song “higher” was captured during a free live show in Shibuya, Tokyo, held to commemorate the release of “Tales of Purefly” on March 12, 2014.