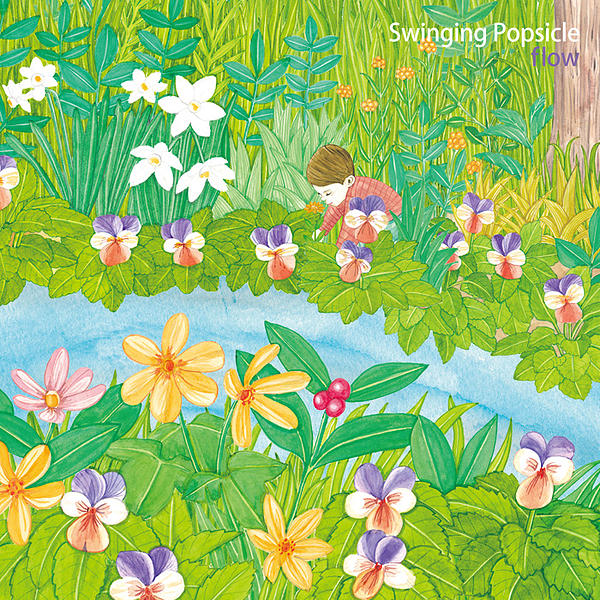 J-Pop band Swinging Popsicle has announced the release of their new album flow at the end of this year as part of the band’s 20th Anniversary . The 6-track album will feature 3 new songs, 2 previously-released digital-only singles, “at Christmastime” and “mobile phone”, and a cover of The Jackson 5’s “I’ll Be There” with guest musicians from Japanese indie mainstays VASALLO CRAB 75 and GOMES THE HITMAN.

flow will also contain a DVD of music videos (including “I Just Wanna Kiss You”) and international touring/performance footage from the band’s long career which began with Sony Records in 1995. The band has gone on to find international success with numerous overseas performances in the United States, Mexico, and Korea, as well as contributions to various soundtracks for Japanese video game company Nitroplus.

Fans can learn more about the new album and preview the song “Small Blue Sailboat” at the special album release website: http://www.swinging-popsicle-20th.com/#!album-flow-special-site/y764w