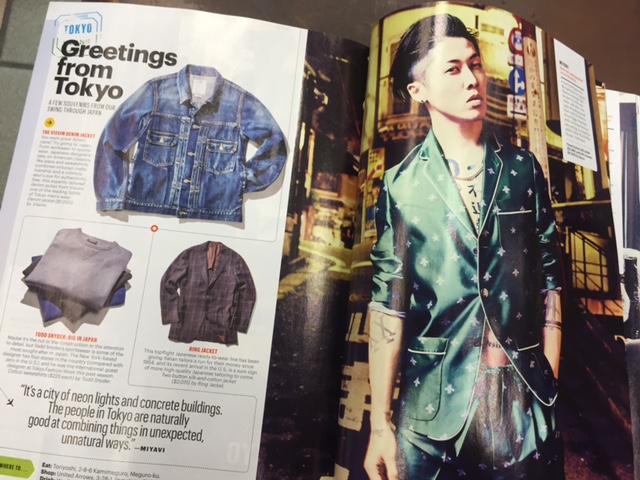 Musician turned actor Miyavi (make sure you catch him as the sadistic “Bird” in Unbroken) is featured in the current issue of Esquire magazine for a 2-page spread titled “Greetings from Tokyo”. The full-page photo in the national magazine is the latest step in Miyavi’s ascension to worldwide artistic recognition.

Esquire editors chose to include the guitarist in the “Around the World 2016” segment of the current issue, for which the magazine embarked on an eleven-day, nineteen-thousand-mile journey through five world capitals to document the global influences and ambitions of twenty-first-century style. Sporting a shirtless silk green suit, Miyavi reflects on the city he knows so well: “It’s a city of neon lights and concrete buildings. The people in Tokyo are naturally good at combining things in unexpected, unnatural ways.”