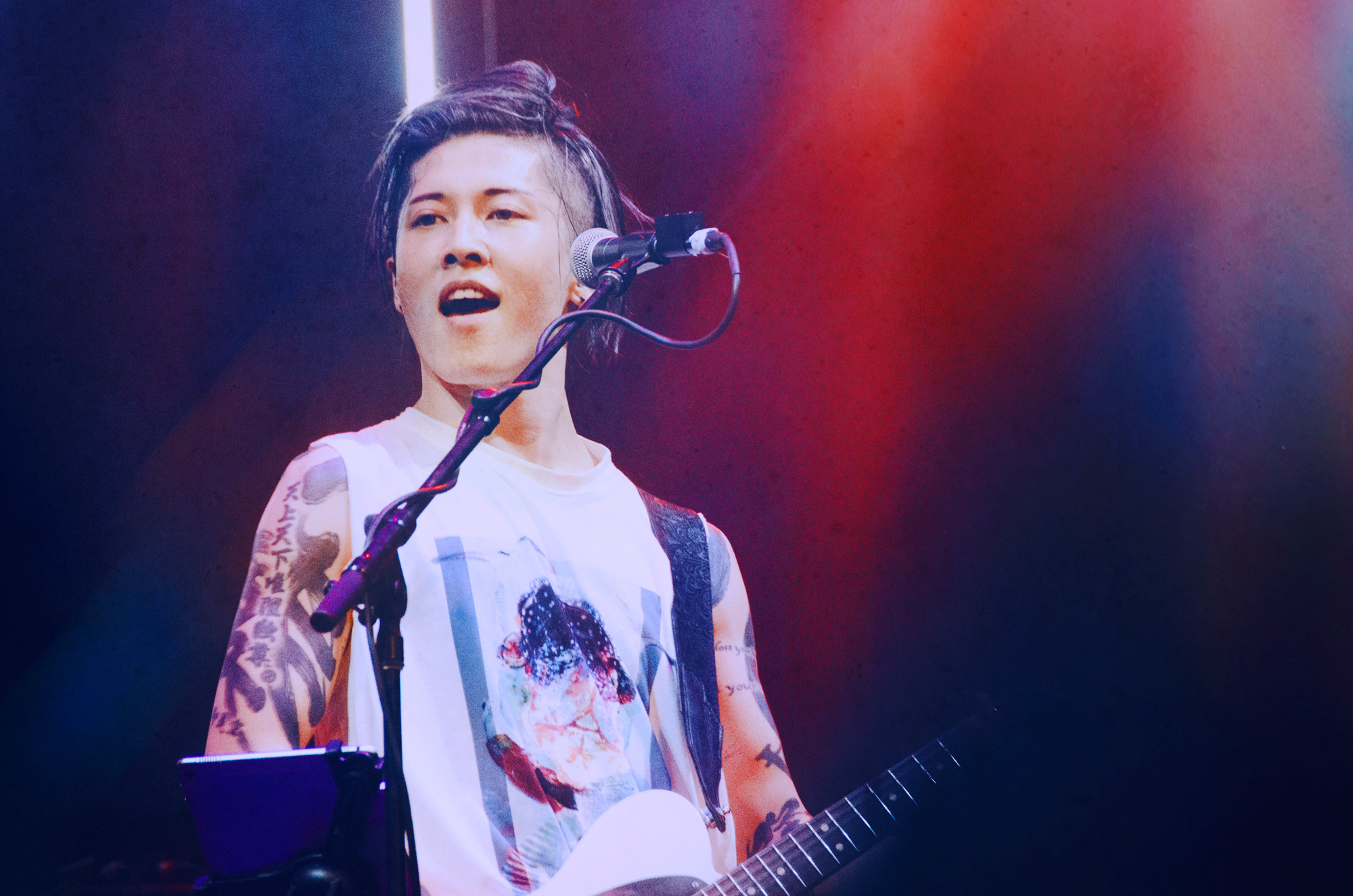 “We party, we enjoy music, we get drunk,” Miyavi said to the crowd’s roar of approval. “But at the same time, we’re responsible for the future and for delivering the message. So many people are suffering all over the world. They are suffering, struggling… but even for us, as long as you know tomorrow will come, we can get over it, we can get through — “A Long Night.” One message was clear throughout the Japanese rock musician’s set at the Los Angeles stop of Live Nation’s Asia On Tour: work hard and play hard — to make the world a better place.

In 2015, the last time he performed in LA, the main portion of Miyavi’s rock show ended with a mini-rave. Sunday night, Belasco Theatre got the extended version of that rave. The guitarist kicked off his concert by showing off his signature guitar slaps backed by drummer Bobo’s heavy beats, only briefly stopping in-between slaps with both arms held out for the audience’s reactive screams. Miyavi then waved his right arm at DJ Johnny signaling him to begin the EDM soundscape. As the BPM of the shamisen-like dance beat increased, a disco ball illuminated the theater with beams of white light. And then, the beat DROPPED, bringing musical chaos with it. Miyavi’s raw, sometimes chaotic guitar work created a crackling fusion with the era-diverse samplings of DJ Johnny’s remix of “Raise Me Up”, from Bill Withers “Ain’t No Sunshine” to Tove Lo’s “Cool Girl”. Starting off the night with this track was an A-plus choice. 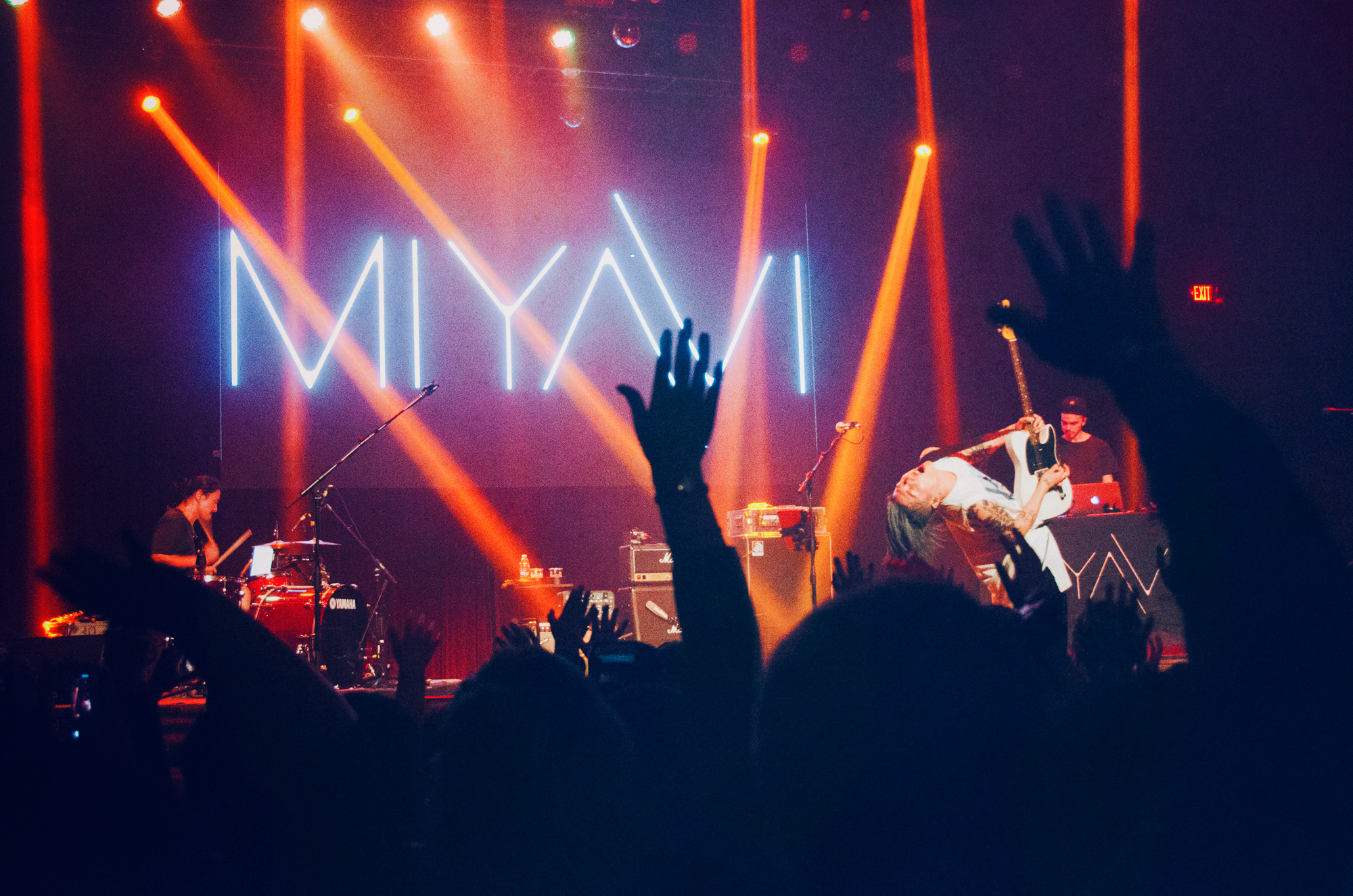 “It’s friggin hot, yeah? I’m sure tonight will be hotter, yeah?” Miyavi asked, already sweating. The audience agreed. The guitarist had lit the fuse on this dance party just moments earlier, and it was already getting too hot to handle -– only one song down and his black long-sleeve, high-neck top came off in favor of the sleeveless long white shirt underneath. This passion-filled show was part of Miyavi’s Fire Bird 2017 world tour, celebrating his 15th year anniversary and 33-track double-album All Time Best – Day 2. Headlining Live Nation’s Asia On Tour, supported by two other awesome rock outfits from Asia, South Korea’s Kiha and the Faces and Thailand’s Slot Machine, Miyavi commented, “It’s really meaningful to be on this tour as an Asian. Western and Eastern culture are getting closer and closer all together -– tonight we prove that we can unite through music.” Considering the U.S.’s recent political and social events, his declaration felt more poignant than ever. “No matter where you were born, what language you speak, we can connect, we can unite through music, right?” he rallied. The self-proclaimed “samurai guitarist” then introduced his next song: “So I’ll show you the way we rock it — you wanna see it in Japanese style, yeah? Not only sushi, not only teriyaki, but samurai style – ‘Ha!’” 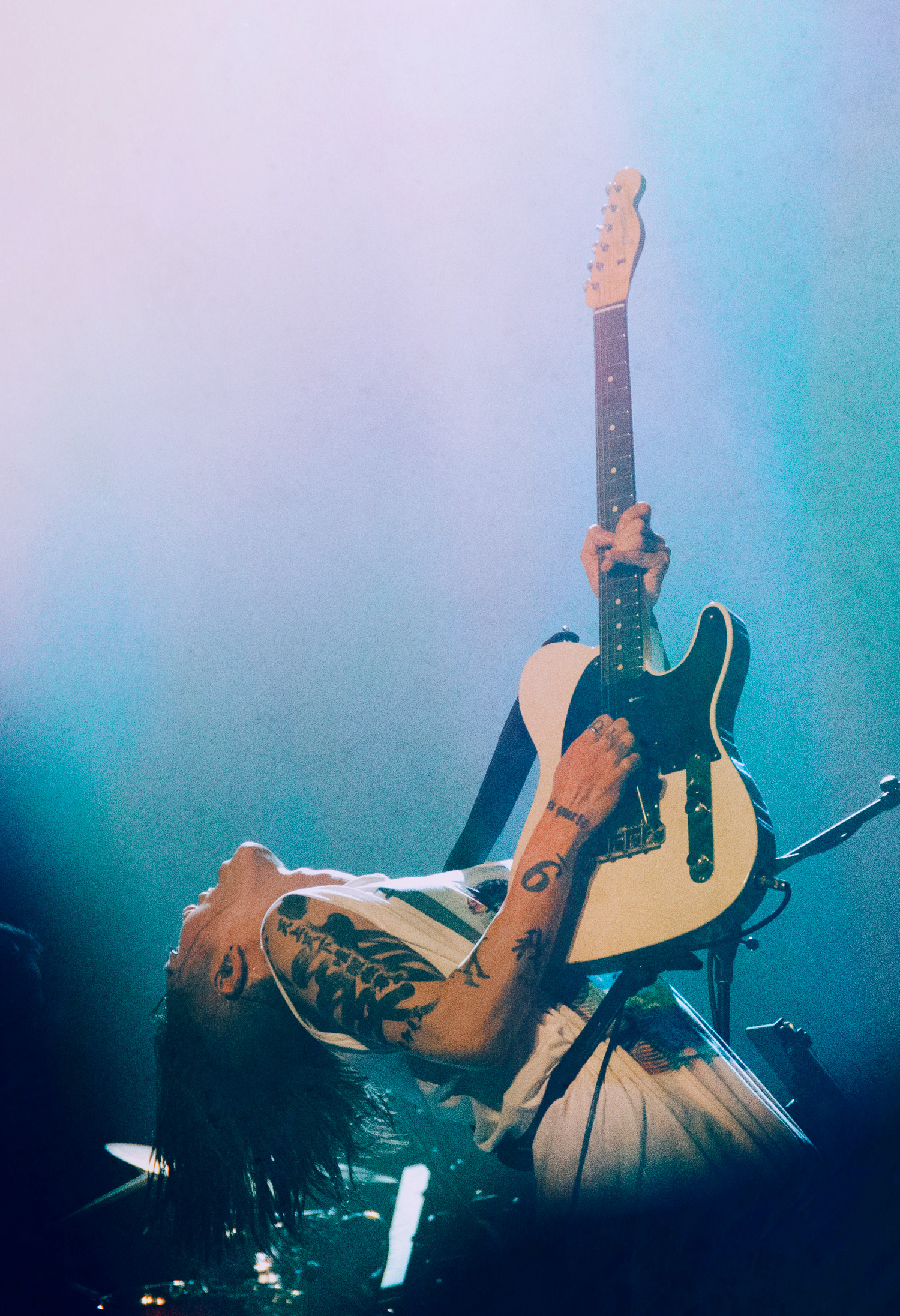 For the next three songs — “GANRYU”, “Epic Swing”, and “Dim It” — Miyavi let his guitar do the talking, only occasionally exclaming into the microphone. It was time to watch the man’s soul become one with his guitar. “When I play the guitar, I can be free,” he commented later on in the night. When his notes bent, so did his back; when the beats get hard, so did his stomps. The music moves him. You can see it, and if you close your eyes, you can feel it — the melody brings him to life. 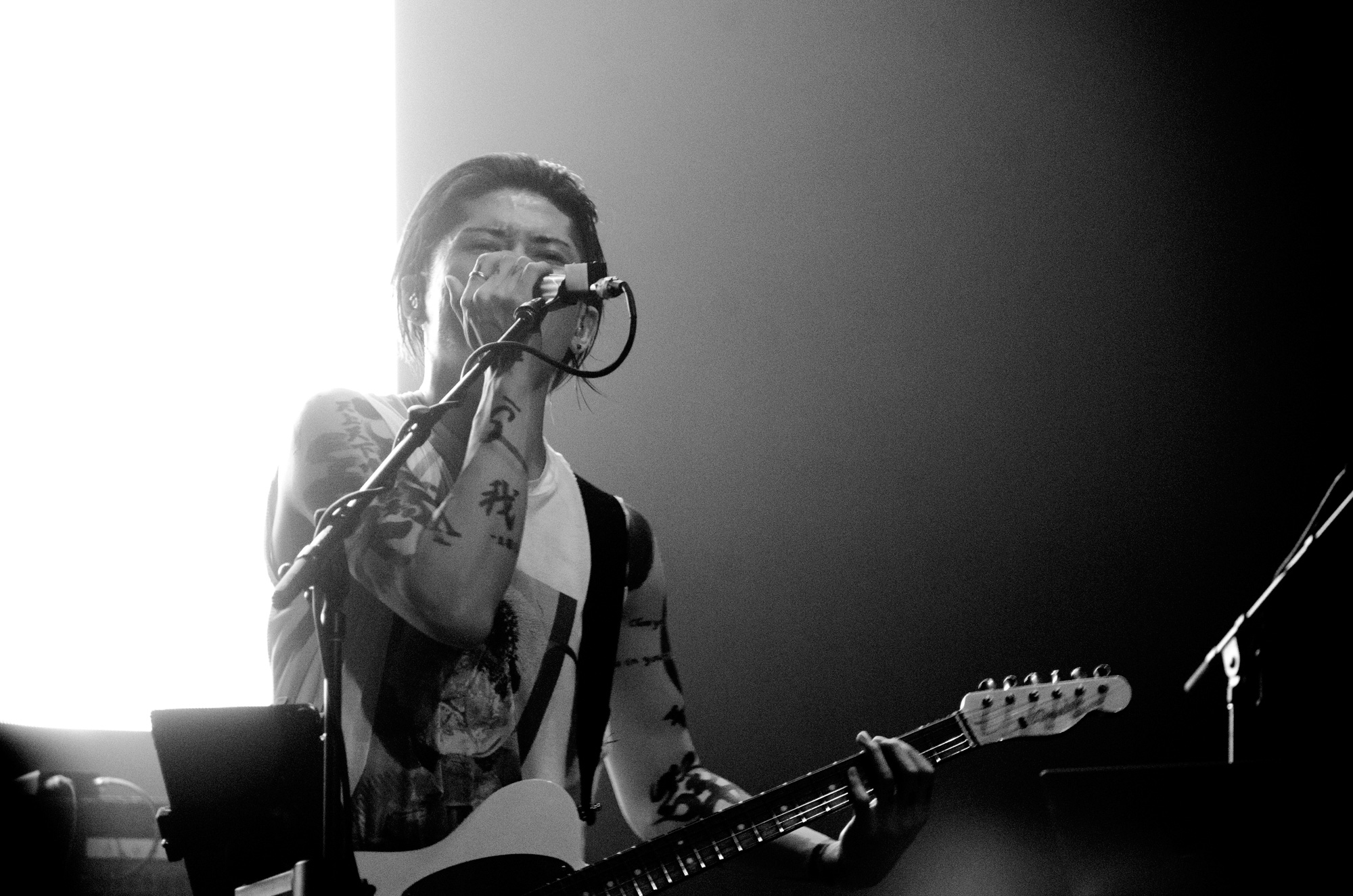 Before jumping back into some of his vocal tracks, Miyavi, a supporter of the UN Refugee Agency, united everyone’s voices with a powerful cover of P.O.D’s “Youth of the Nation”, featuring friends Sean Bowe and Troi Irons. Introducing the song, he said: “We’re so responsible for the next generation. The president has changed. The UK left the EU. The world is separating. But now, what we should make is not the wall, we need to make a bridge. And we’re responsible for the next generation. I don’t know how much we can do with music, but we can never – ever – give up trying to deliver a good message to the future. The world must be good for our next generation.” His socially-conscious point of view and his goal to unite people through his music have been consistent throughout his career — I’ve seen him live at least seven times since 2007, and his message always resonates with me and Co-Miyavi’s around the world.

The next songs in his main set were full of supportive anthems like “Fire Bird”, “Survive”, and “The Others”. “I really want you guys to come here and feel free with us,” he said during the encore. “No matter what people may say, as long as you know that you believe in yourself, the world will be wonderful.” While life can feel like a “Mission Impossible” (the encore’s first number), by the end of the night, his message had landed firmly in the hearts of all the fans in the theater: with the desire for peace and love and the determination to live the best life we can live, we can find “Subarashikikana, Kono Sekai – What A Wonderful World”. 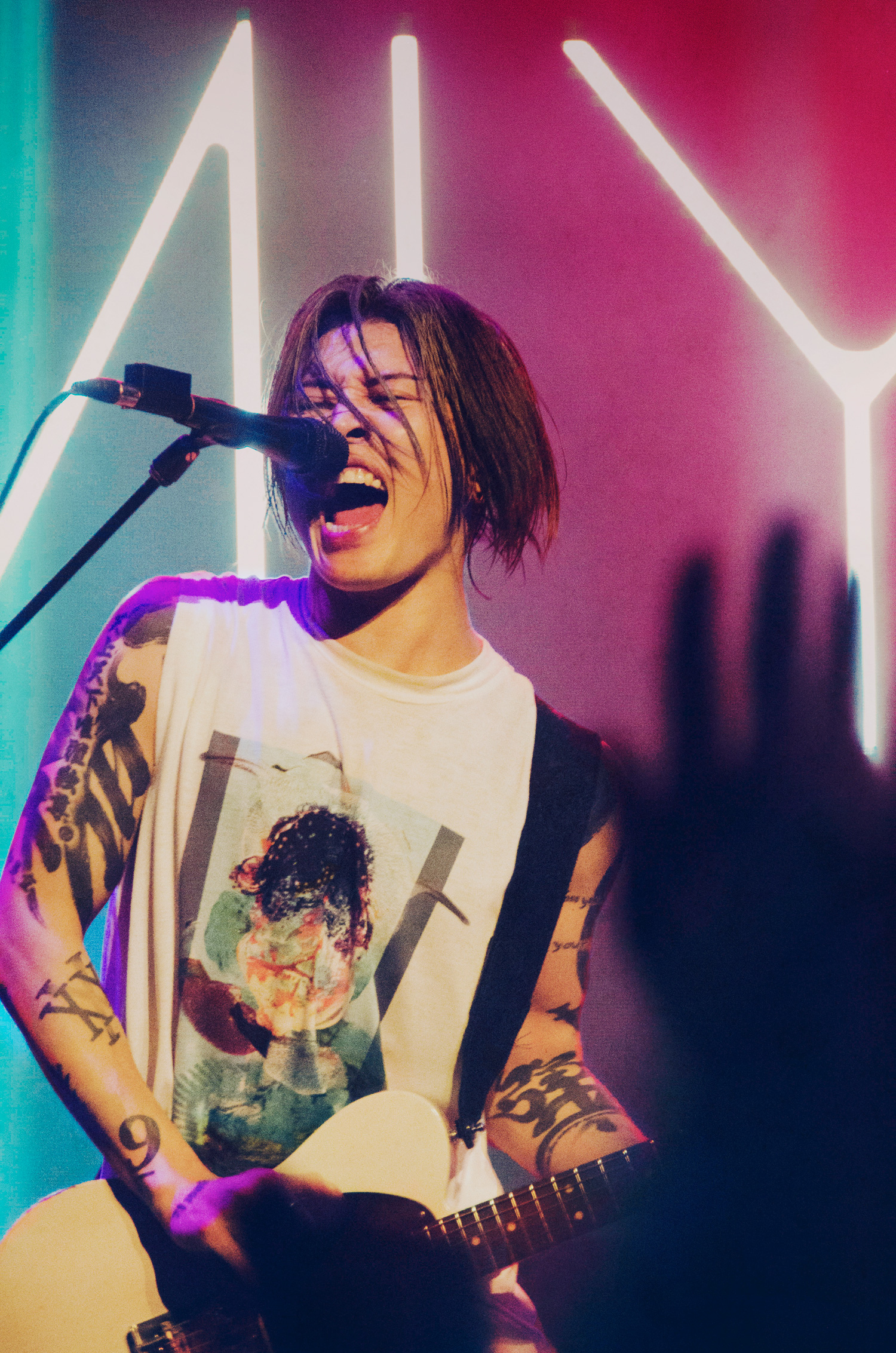 Raise me up (DJ Johnny remix)
Ha!
GANRYU
Epic Swing
Dim it
Where Home Is (featuring Melody’s vocals)
Youth of the Nation (P.O.D cover with Seann Bowe & Troi Irons)
Survive
Fire Bird
Afraid to be Cool
Cry like this
The Others
Long Nights 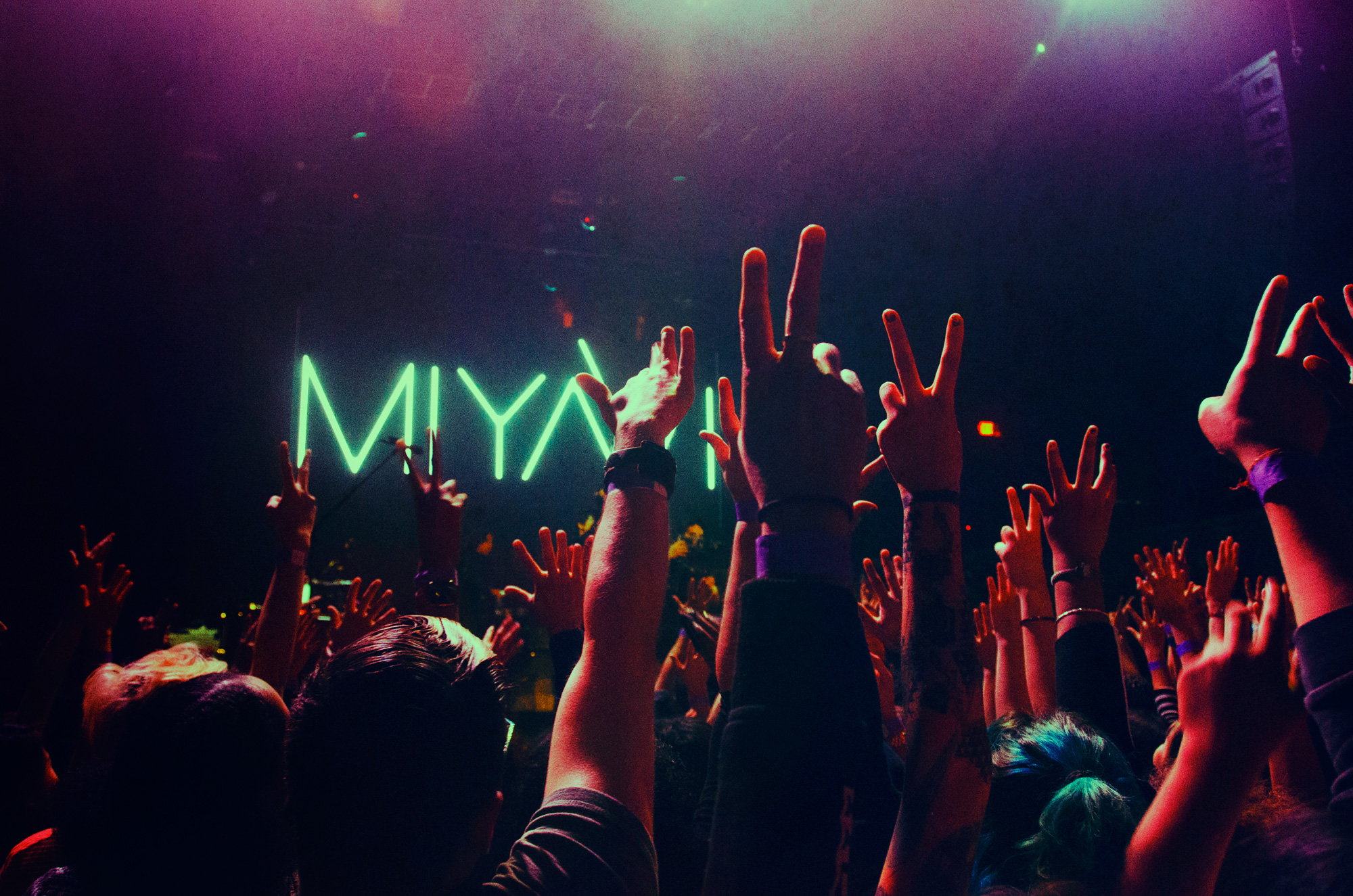 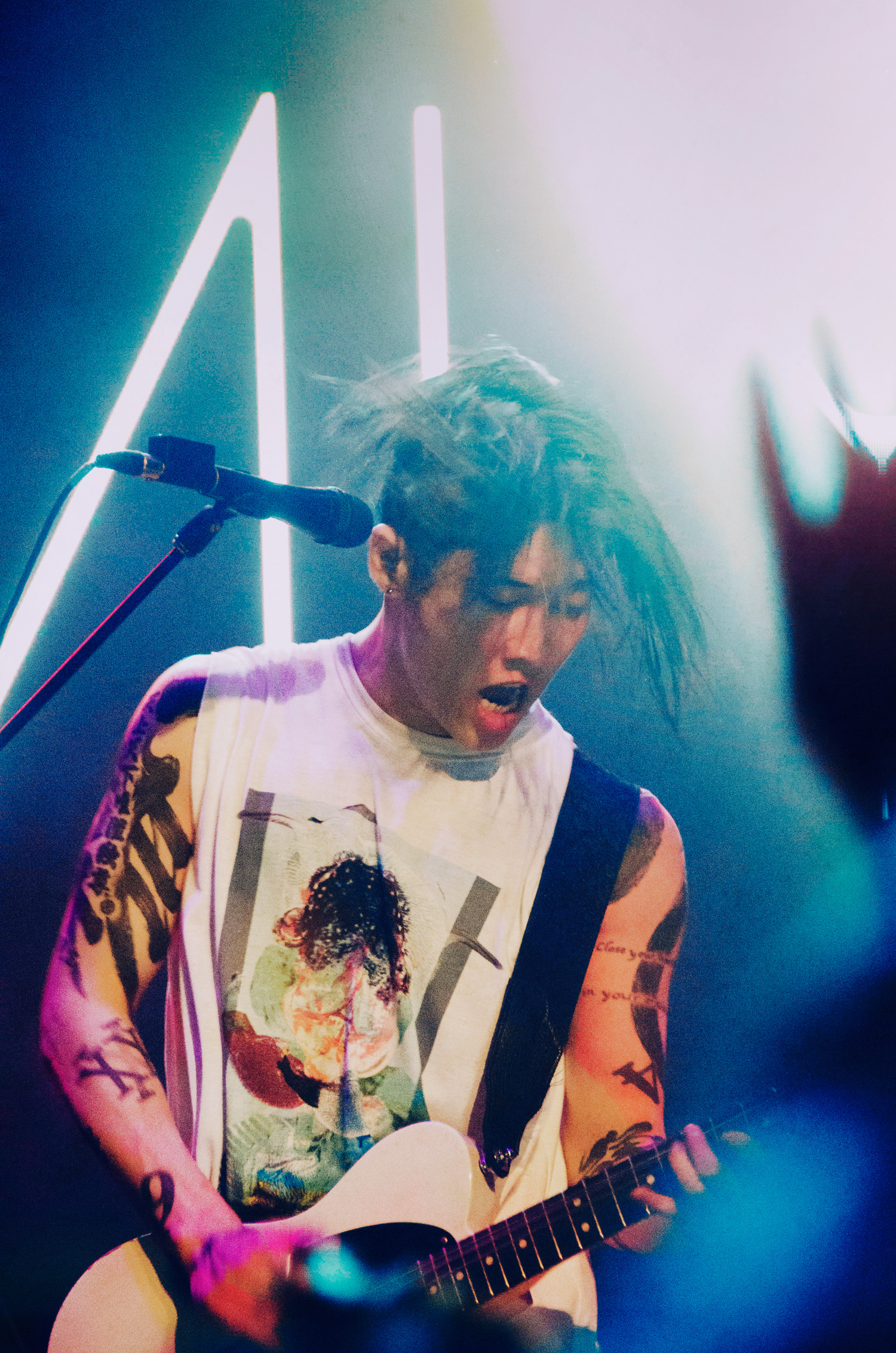