Piggy Banks, the new female rock band led by Yoko Yazawa, and some green screen are all that’s standing between us and the zombie apocalypse in “Zombie Boy”, the first single from the band’s debut album Time Thriller. Yes, that’s GO!GO!7188’s Akko back on bass duty, and if that doesn’t save the world, I don’t know what does. 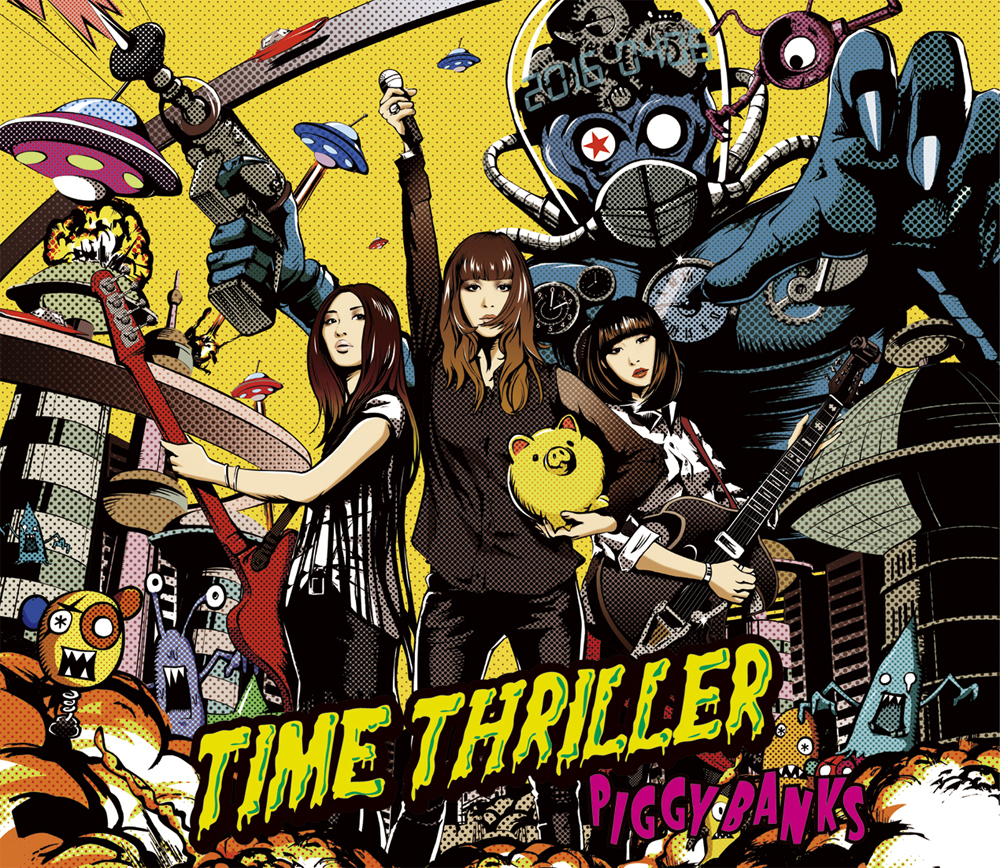