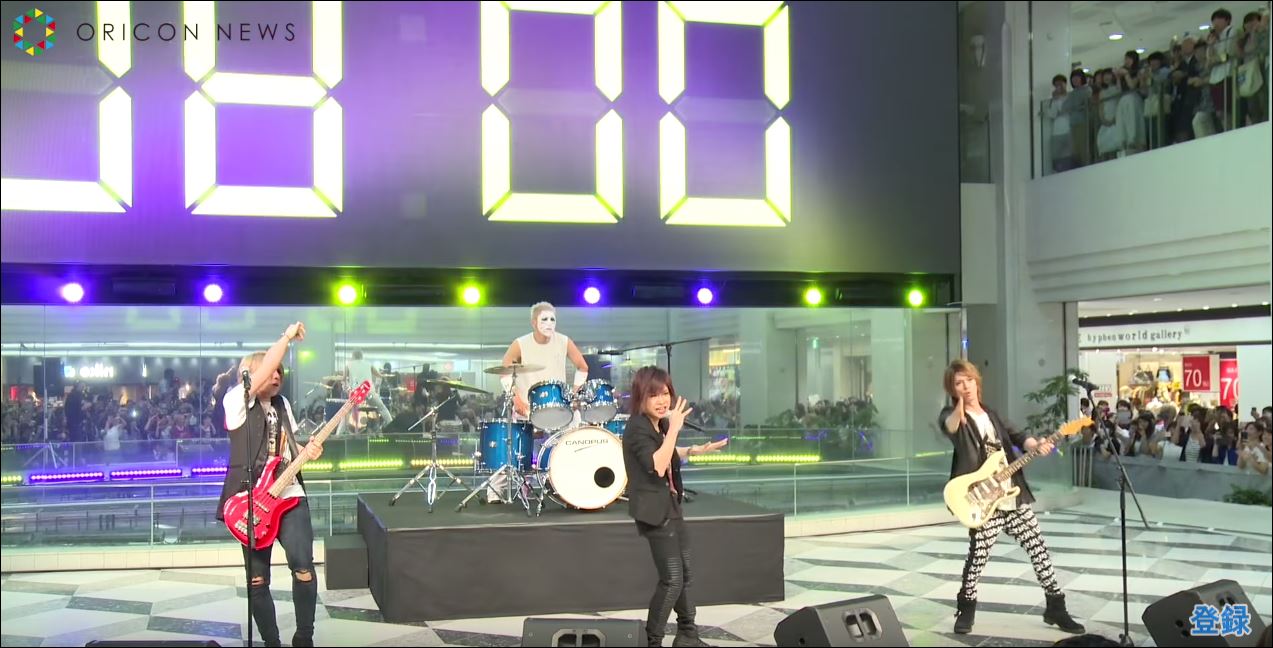 Golden Bomber surprised fans at a free concert June 29 when the band took the stage in front of a huge digital clock. The timer started as they began playing their song “Deatte 8-byo”. and promptly at the 8-second mark, they fled the stage. Concert over. Minds blown.

“We gave it our all for those eight seconds — did you guys enjoy it?” grinned lead singer Sho Kiryuin as the band came back to the stage. As a consolation prize, fans got a full performance of “Memeshikute”.