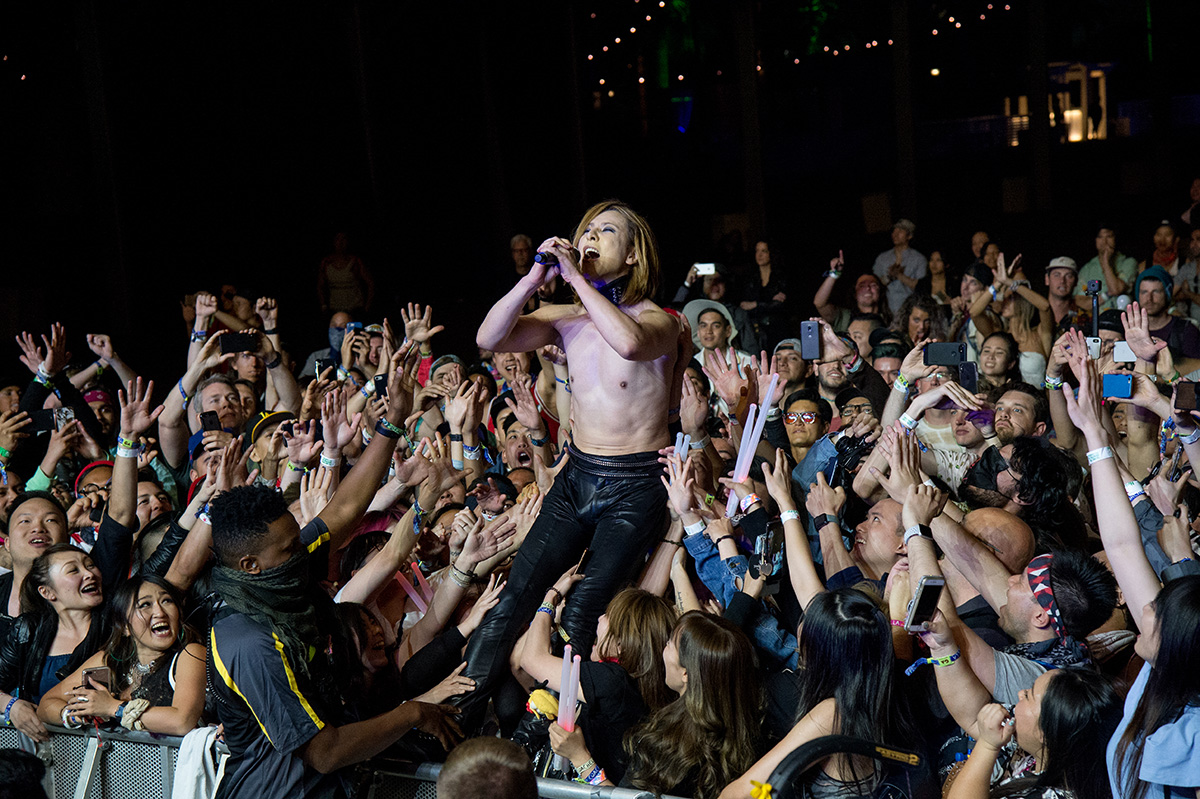 X JAPAN made their Coachella debut on April 14 — YOSHIKI’s first major concert on drums since the band headlined SSE Wembley Arena in London last year — with a hard-rocking set that drew praise from music fans and media alike. 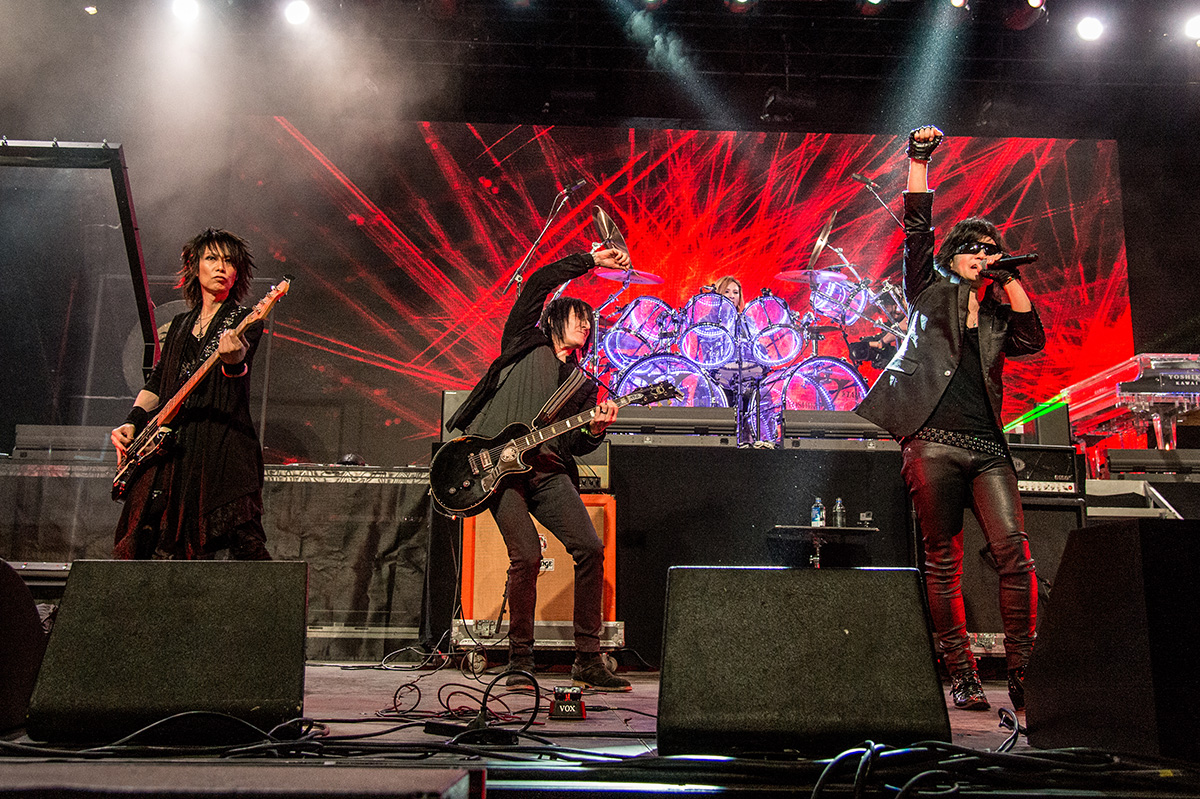 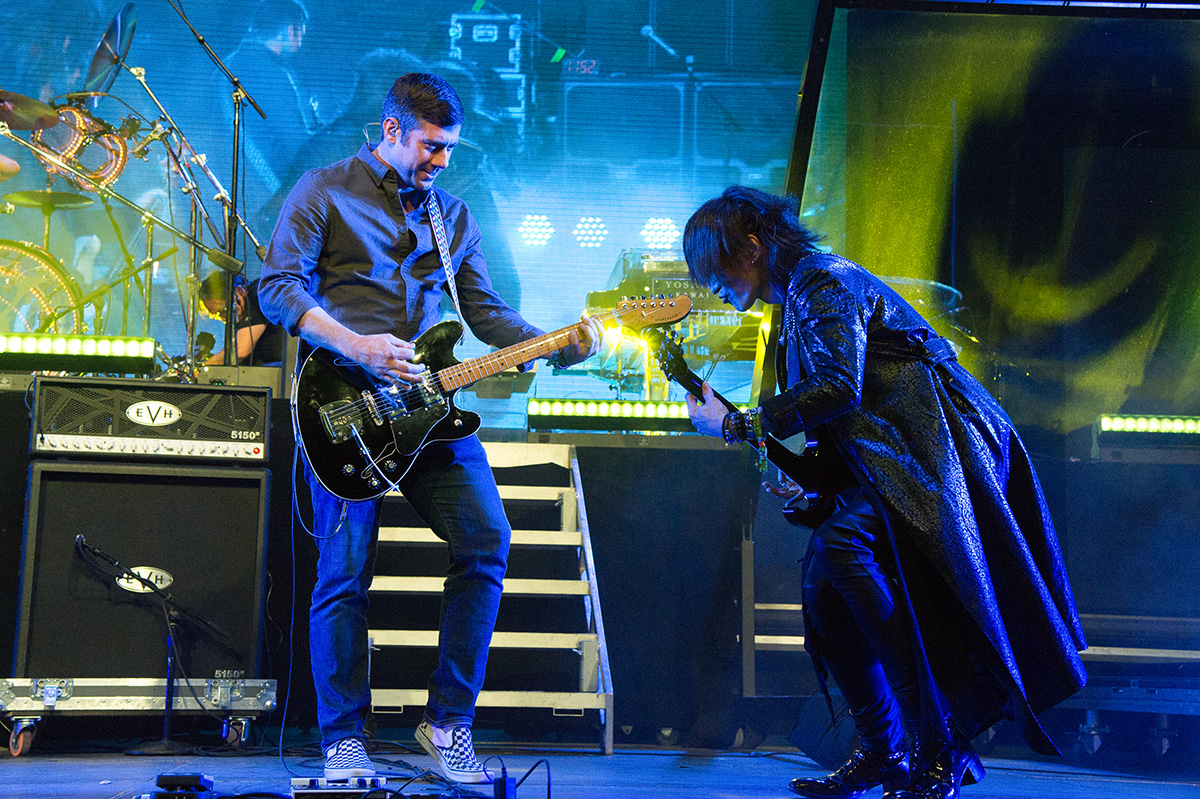 “…there was some perfect Beyoncé counter-programming in the form of X JAPAN, the only metal band of the entire otherwise largely rock-free weekend. Playing their first U.S. gig since the 2014 Madison Square Garden concert immortalized in their rockumentary We Are X, the Japanese glam legends performed a pyrotechnic, utterly unsubtle set featuring band leader YOSHIKI playing a crystal piano while joined by Limp Bizkit’s Wes Borland, Guns N’ Roses’ Richard Fortus and–in a different sort of reunion–holograms of the band’s two deceased members, Hide and Taiji. …the adjective “epic” very much applied to their ferocious, face-blasting show.”
–Lyndsey Parker, YAHOO Entertainment (4/15/2018)

“X JAPAN landed in the Mojave Tent to deliver on the flash and melodrama that has made them hugely popular across the globe. …There were hard rock explosions and teary ballads… ‘Jade’ began with a speed metal riff and geysers of pyro, then shifted into an emotional glam melody and lyrics sung in English. The star behind the drums and piano was band mastermind YOSHIKI, shirtless and wearing a leather neck brace. He ended the night with the band’s traditional show of unity, shouting ‘We are! We Are!’ and their followers responding with a rousing ‘X! X!’”
–ROLLING STONE “The 18 Best Things We Saw At Coachella Weekend One” (4/16/18) 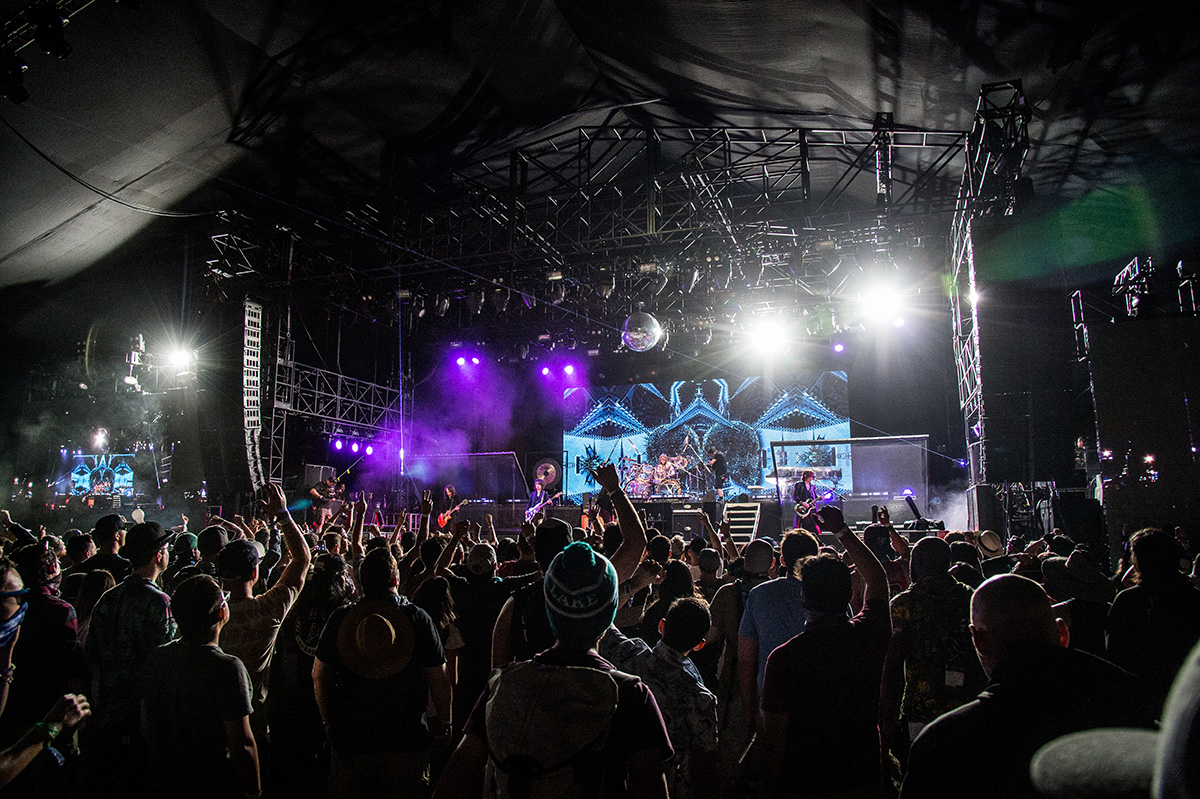 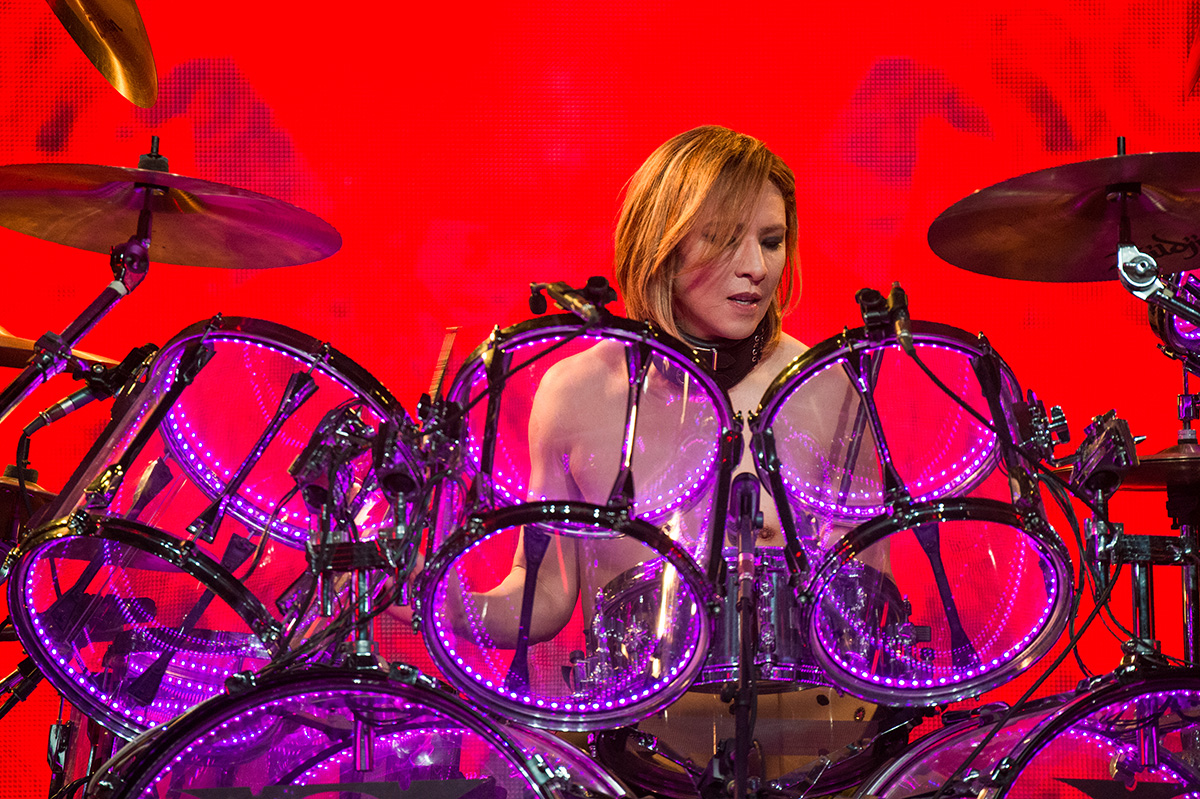 YOSHIKI, leader of X JAPAN, added his own comment: “Coachella is not only one of the biggest festivals in the world, but it’s edgy and fashionable,” he said. “I love the style and I’m heavily influenced by David Bowie, so we wanted to do something unusual and exciting. It was an honor for us to rock Coachella this year and we’re looking forward to doing it all again next Saturday with even more surprises.” 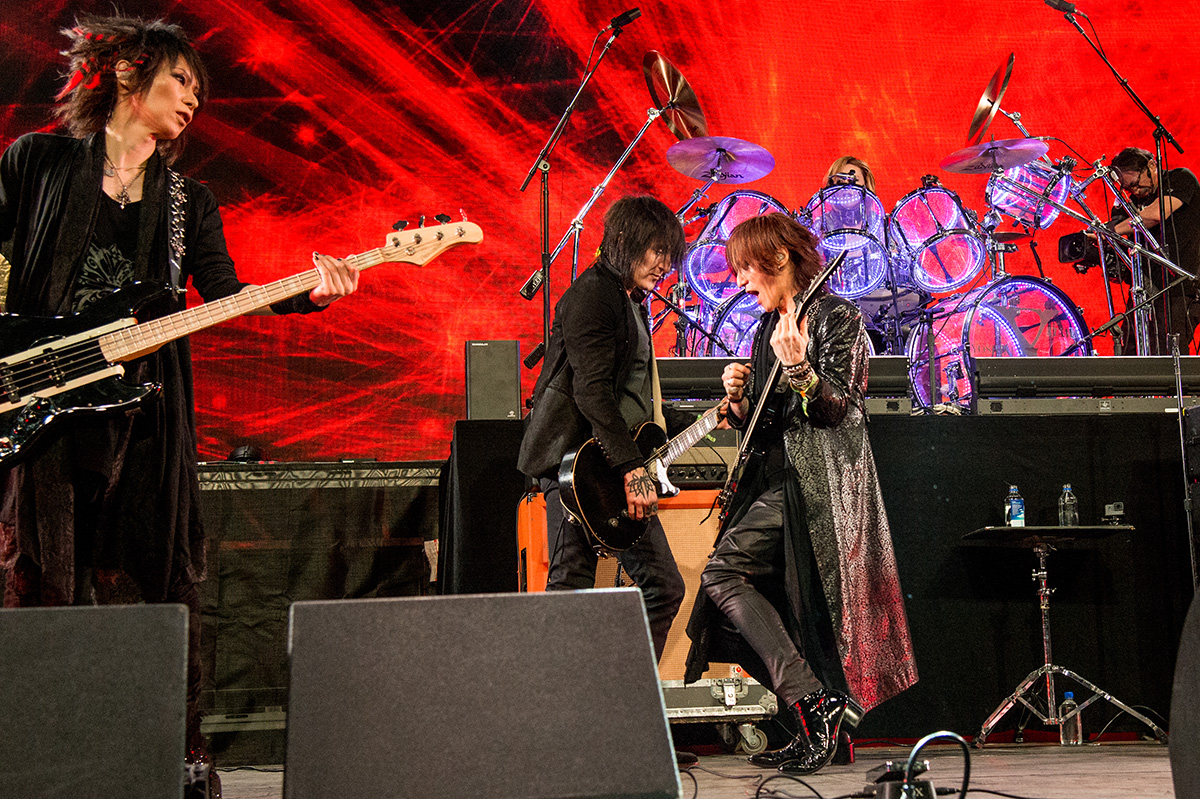 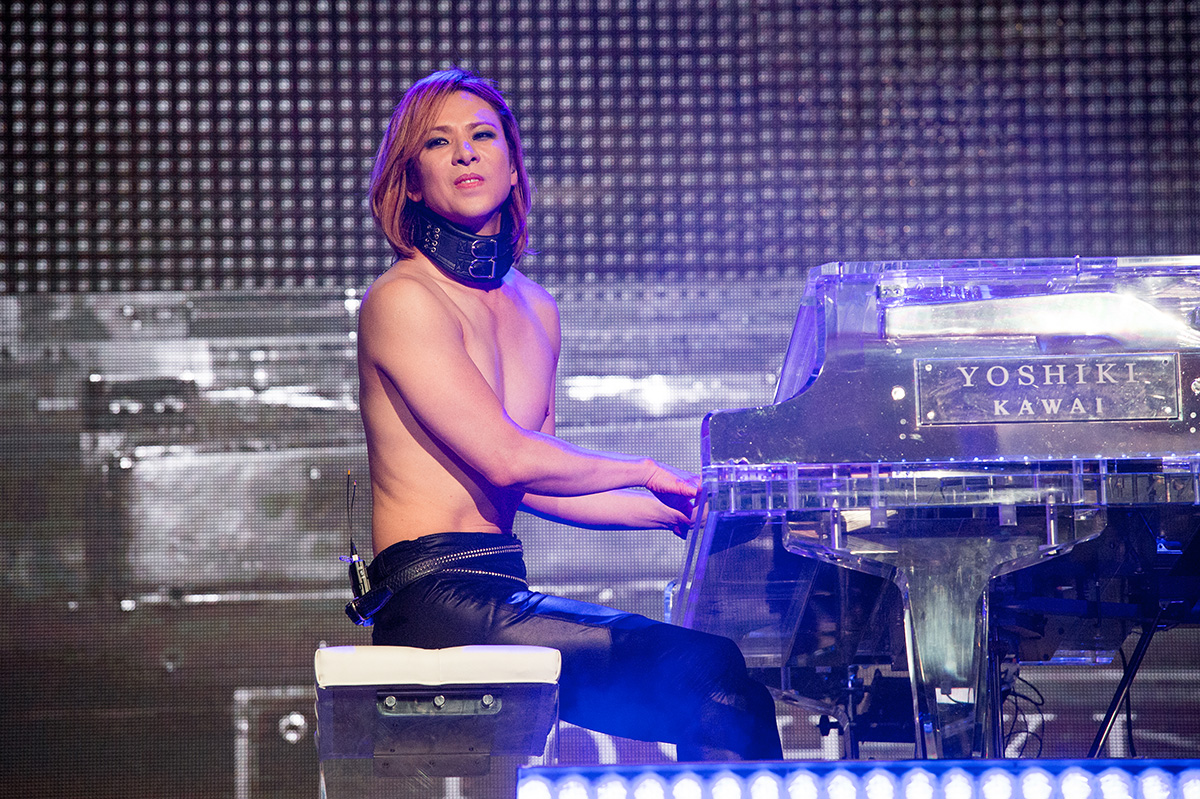 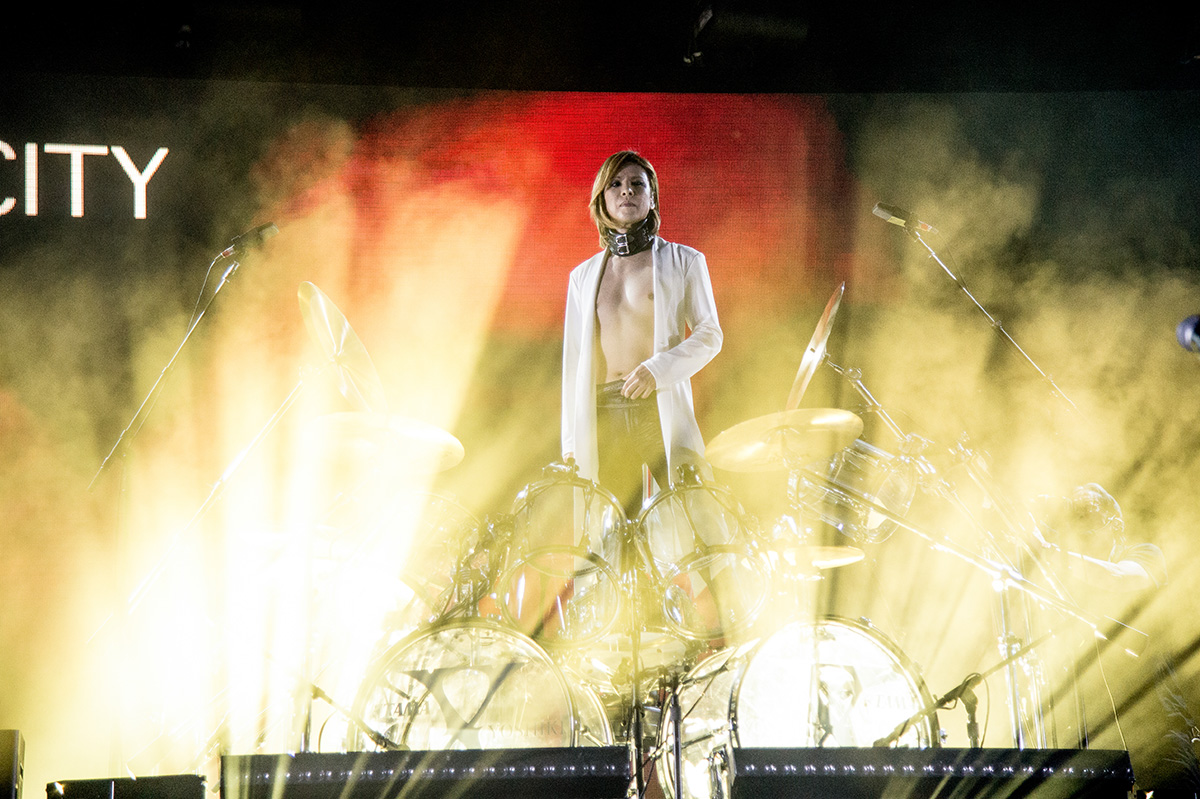 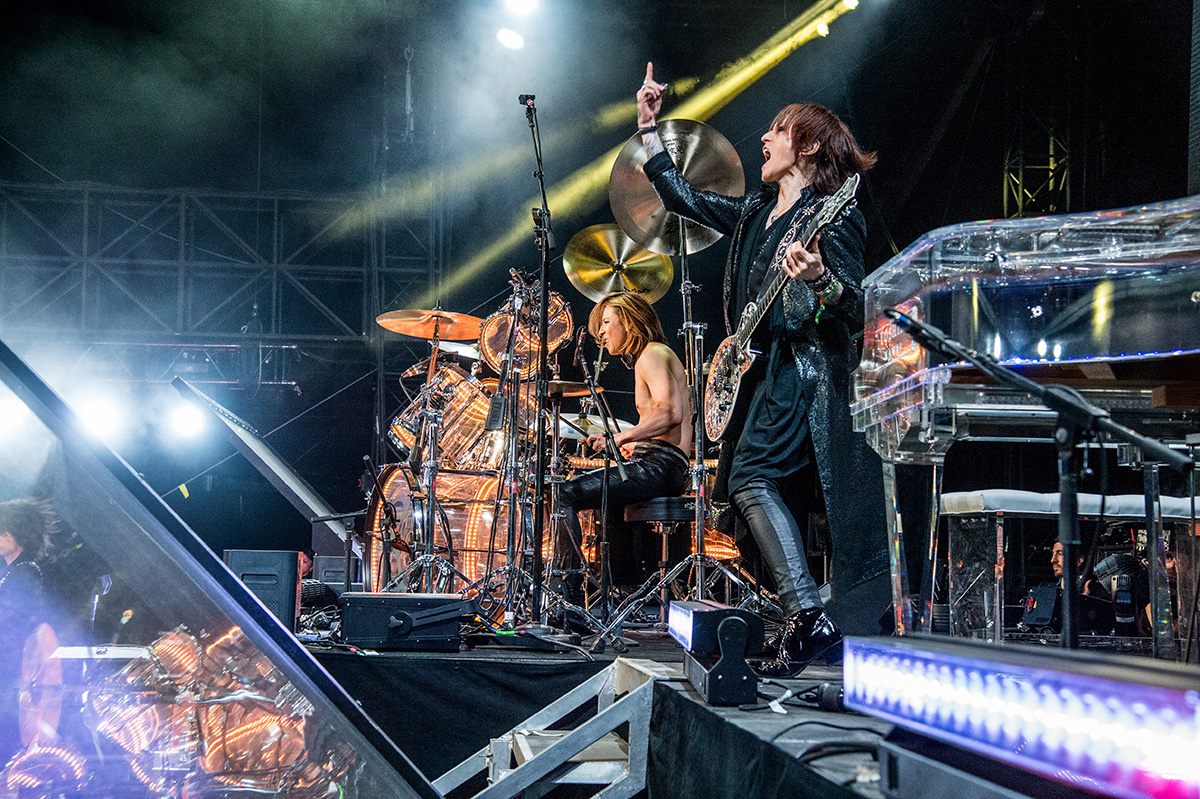 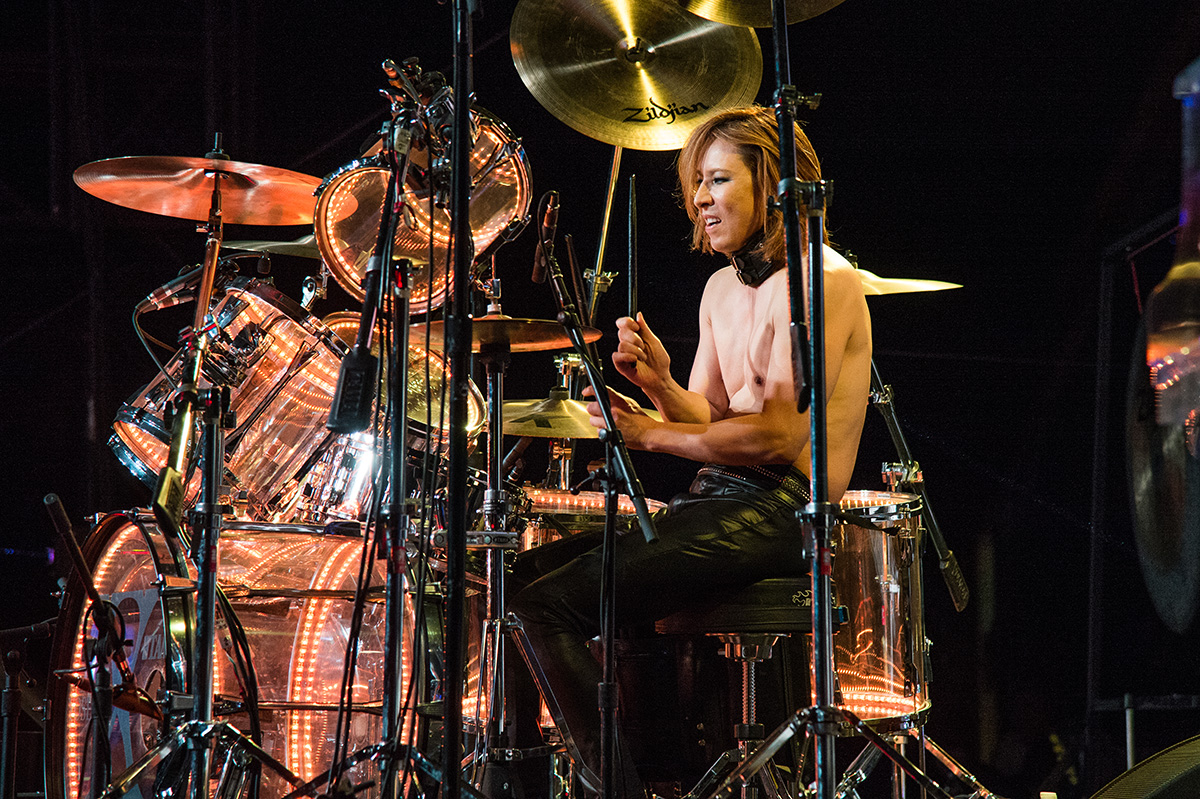 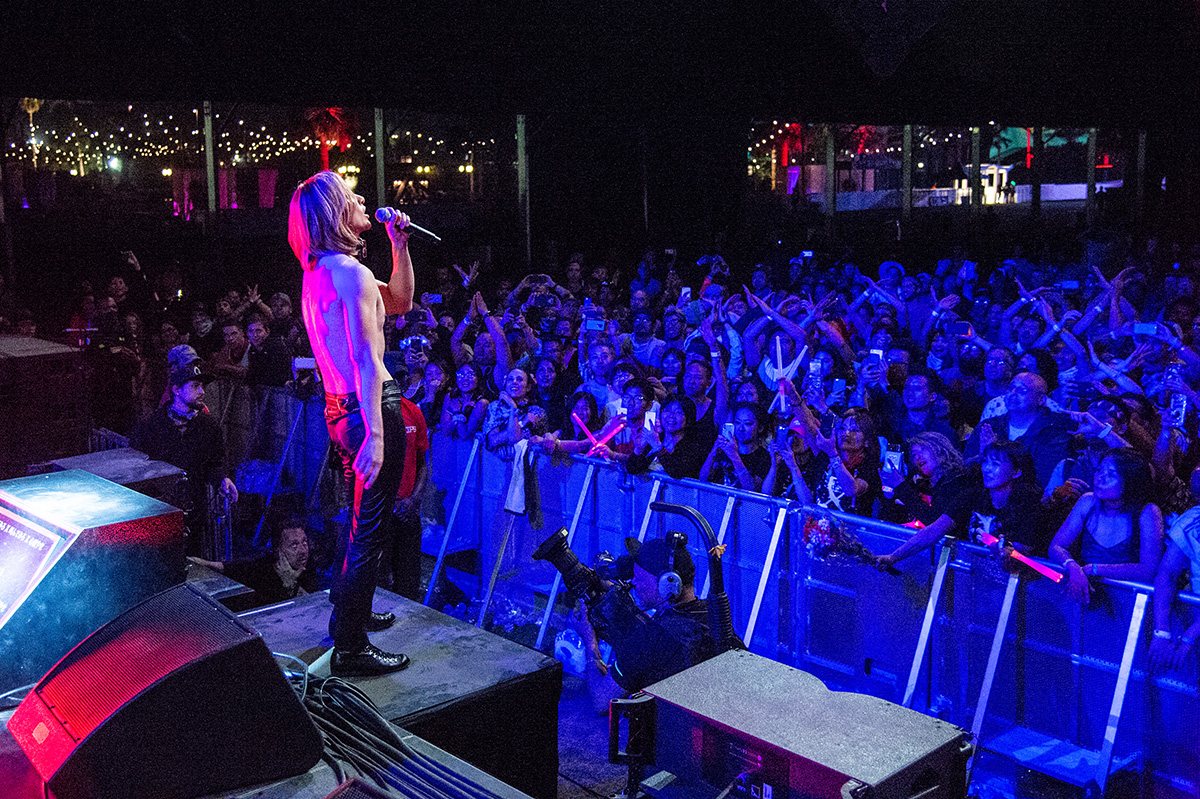 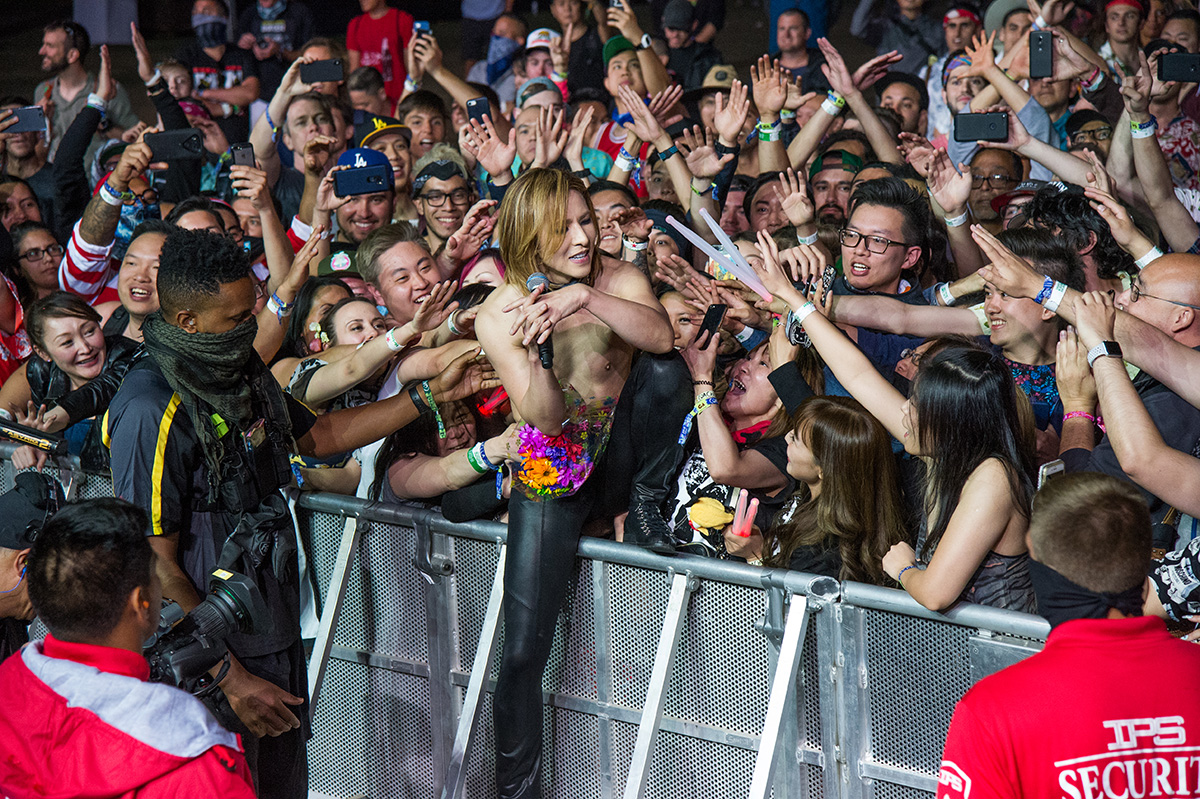 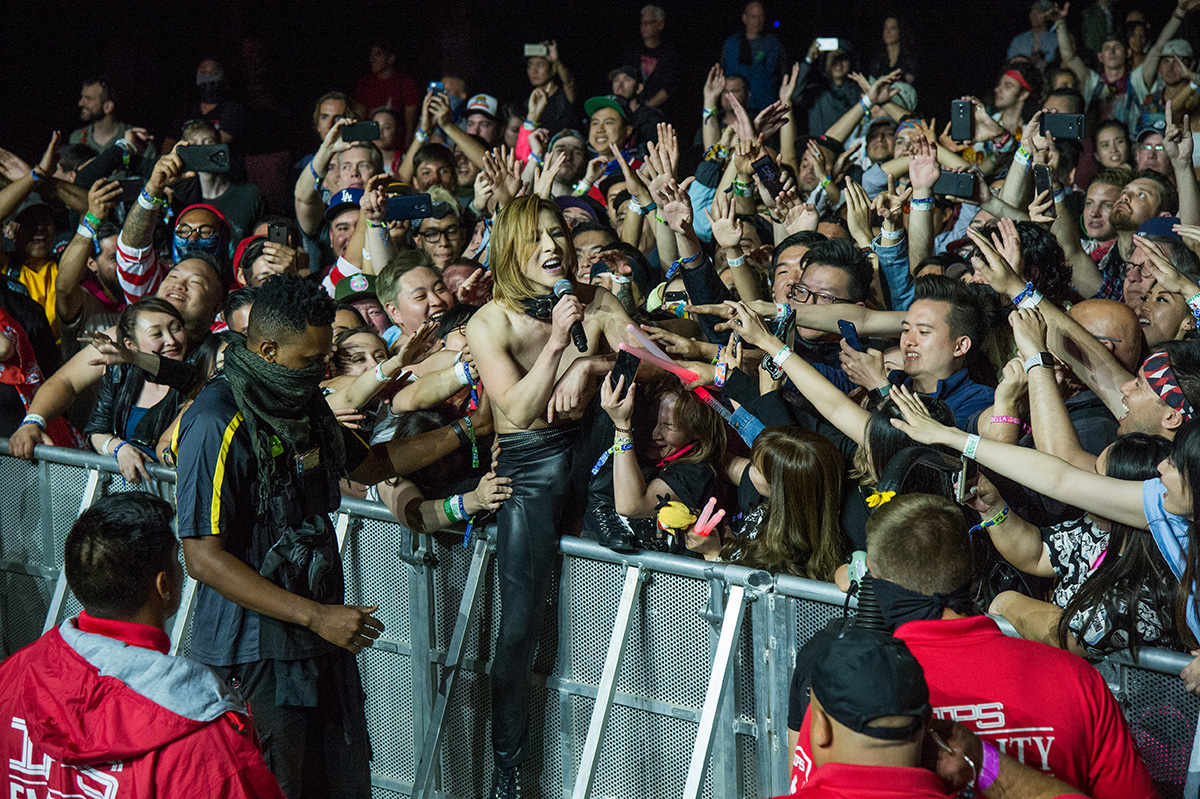 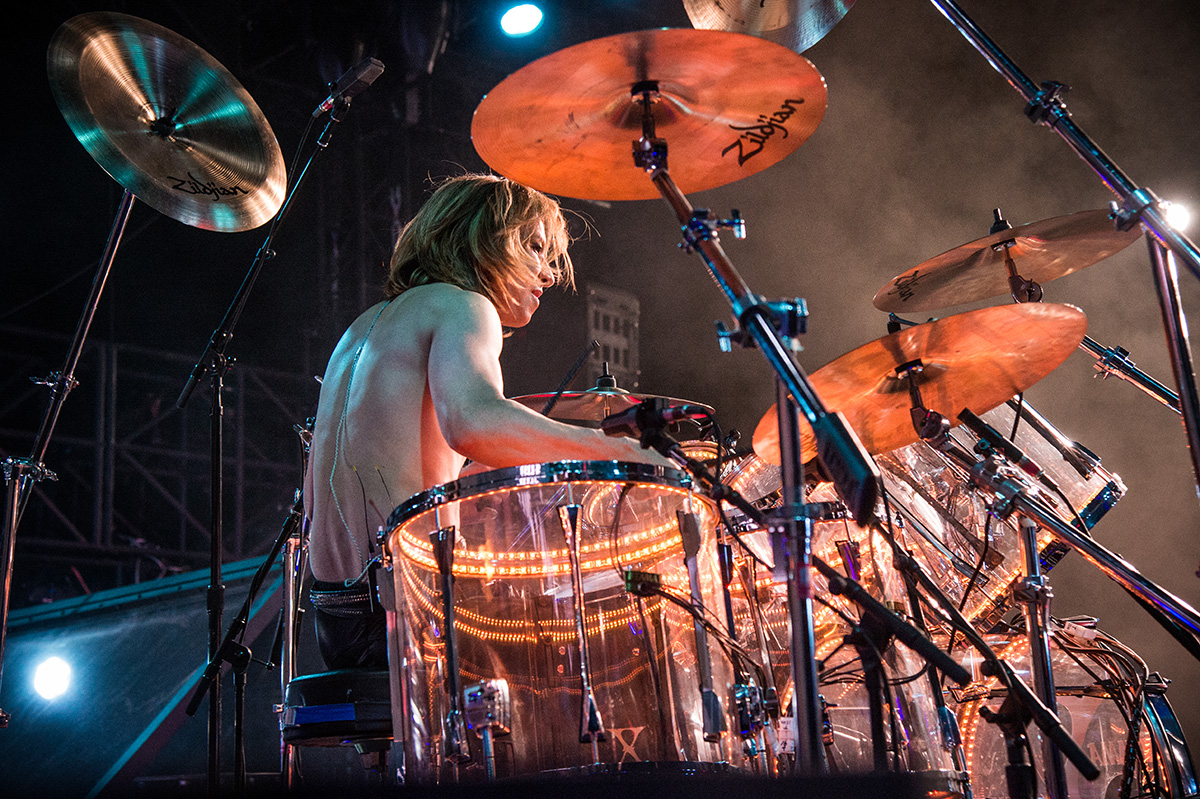 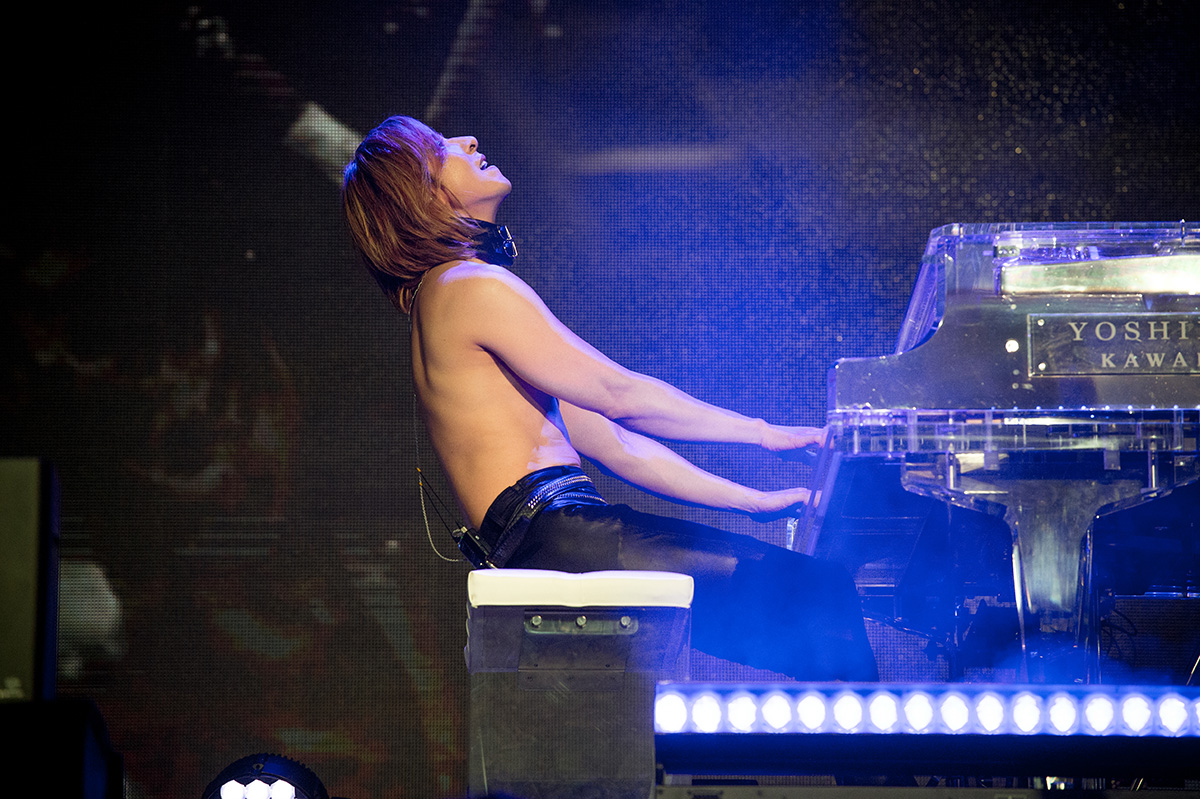