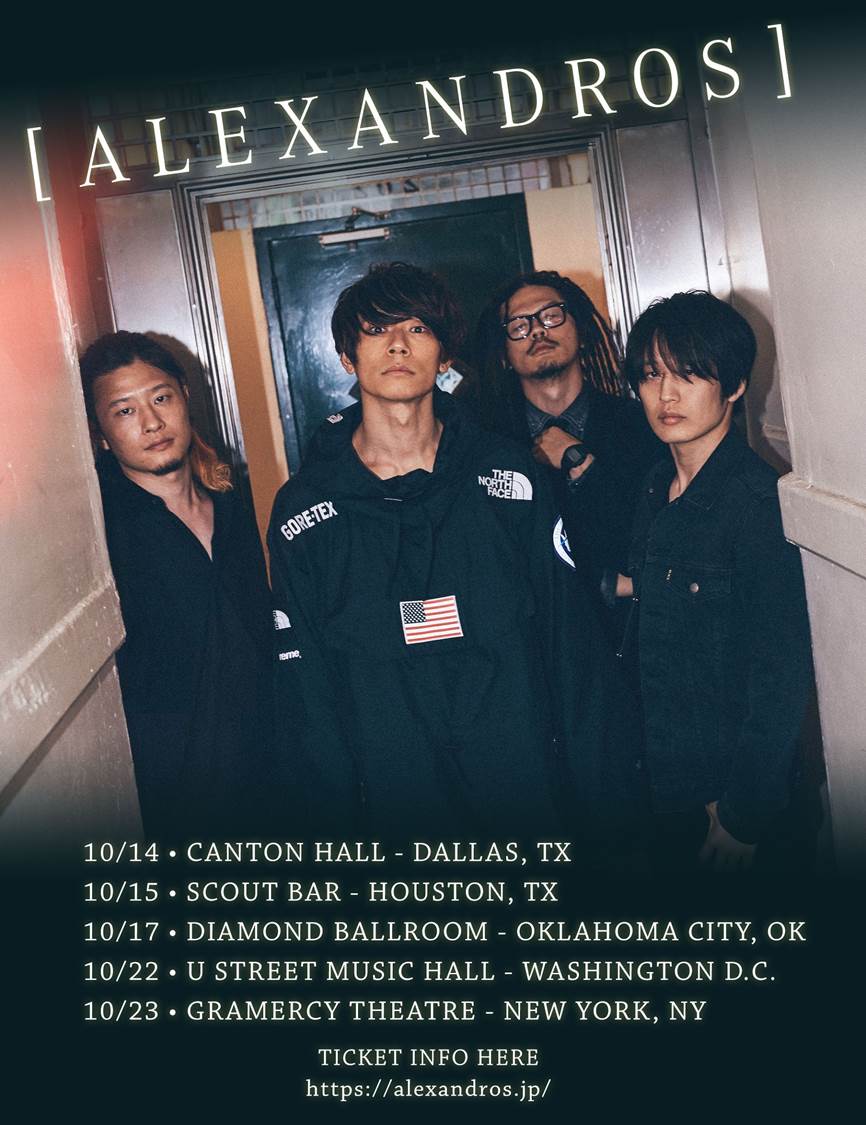 Building on their 2016 SXSW appearance, [ALEXANDROS] will be making their first U.S. tour this October with five stops in select cities. The boys are fresh off the July 18th release of their Mosquito Bite single, which is also the main theme song to the highly anticipated live action adaptation of the popular manga Bleach. A new album is due this fall.

The accompanying video has already garnered over a million views on YouTube since early July.

The band, formed in 2007, has released six acclaimed albums to date and holds a yearly VIP party every summer, with this year’s event slated for August 16th at ZOZO Marine Stadium. Tickets to their U.S. shows will be available for purchase starting August 15th.