SCANDAL takes a bite out of the Big Apple (Live Report) 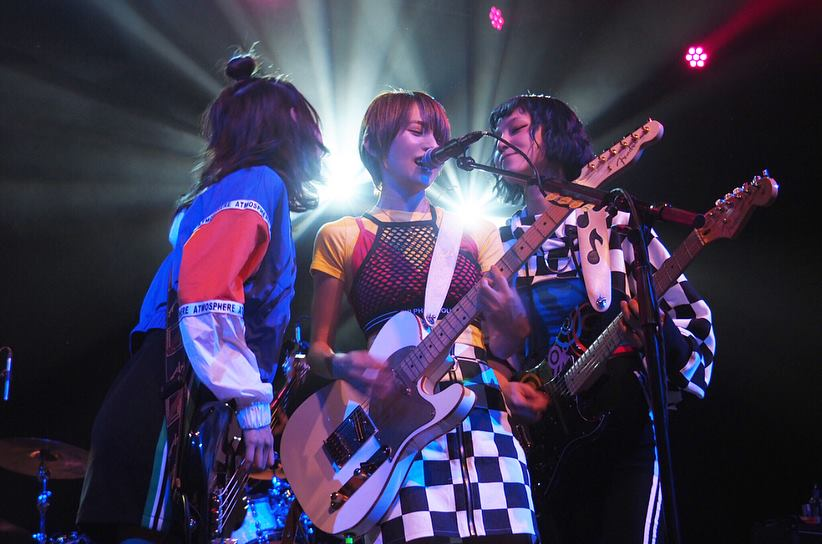 SCANDAL kicked off their “Special Thanks” 2018 North American tour with a furious show at New York’s PlayStation Theater on September 5th that entertained from beginning to end, powering through a nearly two-hour set peppered with old favorites and choice new cuts from HONEY, their latest album.

Like high school kids let out for summer break, the foursome seemed in high spirits throughout and their infectious glee was appreciated and returned. The crowd gave the band a typically warm, although perhaps unusually polite, Gotham welcome, singing along in key places and responding with enthusiastic shouts to vocalist HARUNA’s mostly English call-outs. For an act that hasn’t played the city for ten years SCANDAL clearly has a devoted local following. 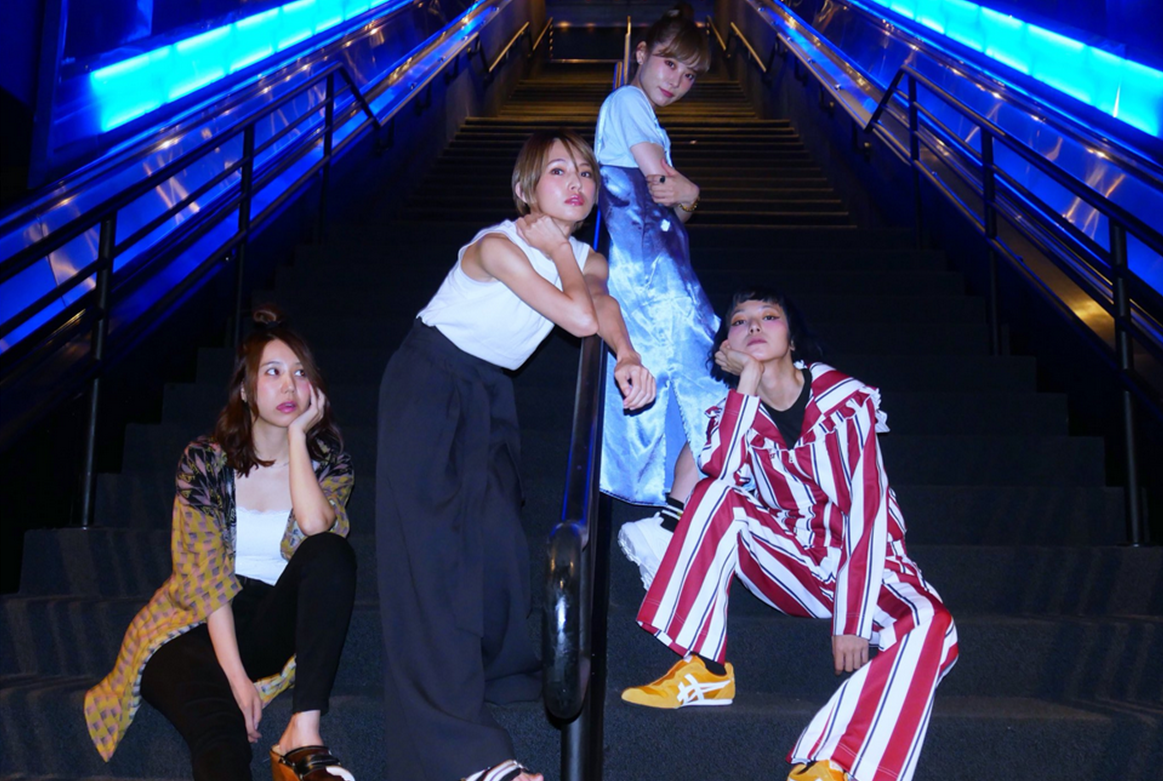 The group hit the minimalist black stage clad in sporty semi-matching outfits with checkered flag highlights. HARUNA kitted out with her new signature Made-In-Japan Telecaster and lead guitarist MAMI armed with her trademark painted Strat. SCANDAL tore into a spirited version of their classic “Shunkan Sentimental” to animated roars from the crowd, playing it with more polish than their 2010 selves but with undimmed punk energy. 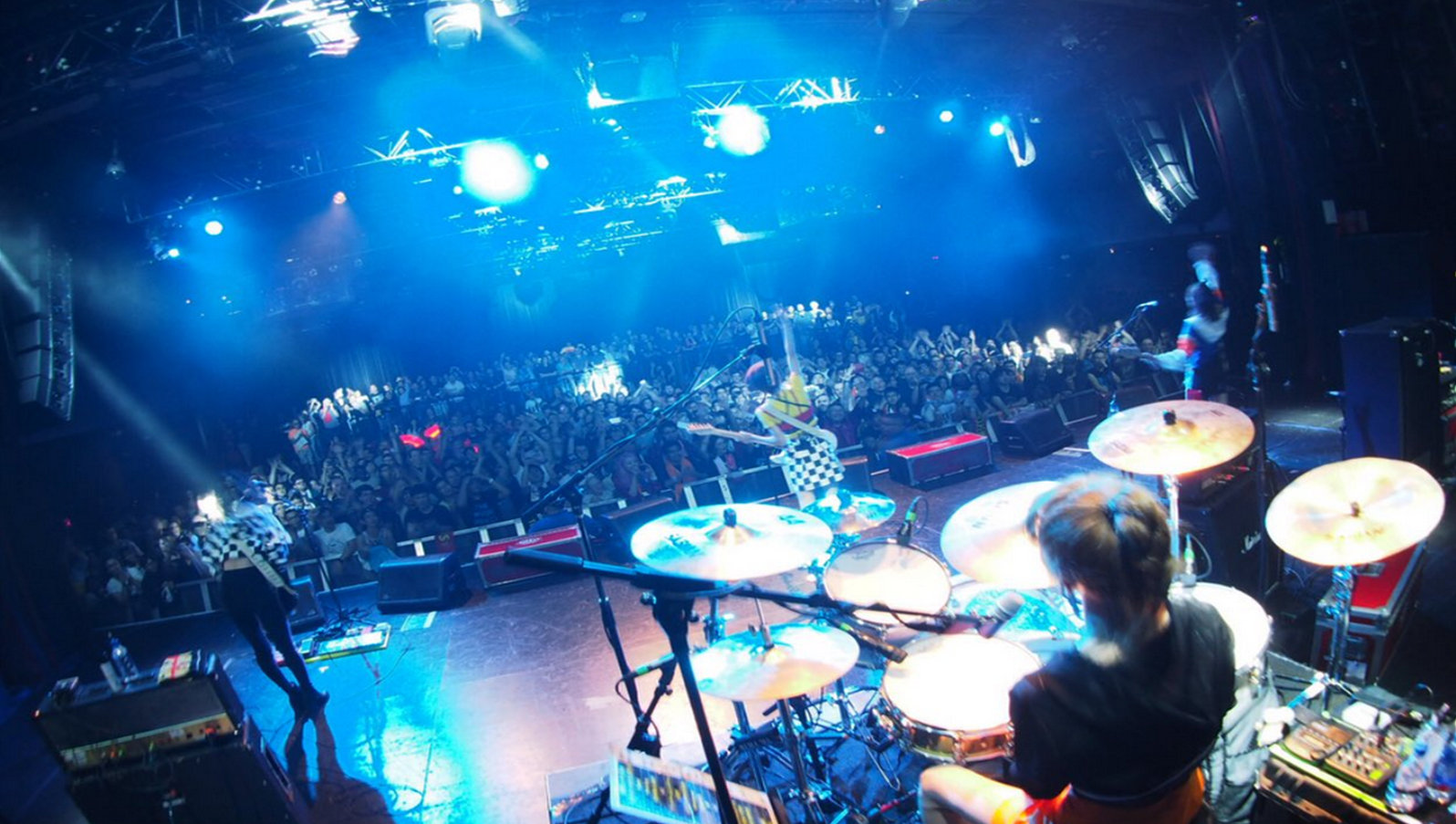 Four older tunes followed in quick succession treating the audience to a semi-greatest hits with nary a break in between for breath. “Awanai Tsumori no Genki de ne” and “Stamp!” more or less followed their album arrangements, but for “Your Song” they performed the English language version, handling the uplifting lyrics with aplomb and clarity. If SCANDAL had a signature song it would no doubt be “SCANDAL BABY”, and, as always, bassist TOMOMI and MAMI’s affectionate teasing of HARUNA during one of the verses brought out the crowd’s iPhones for Instagram posterity. 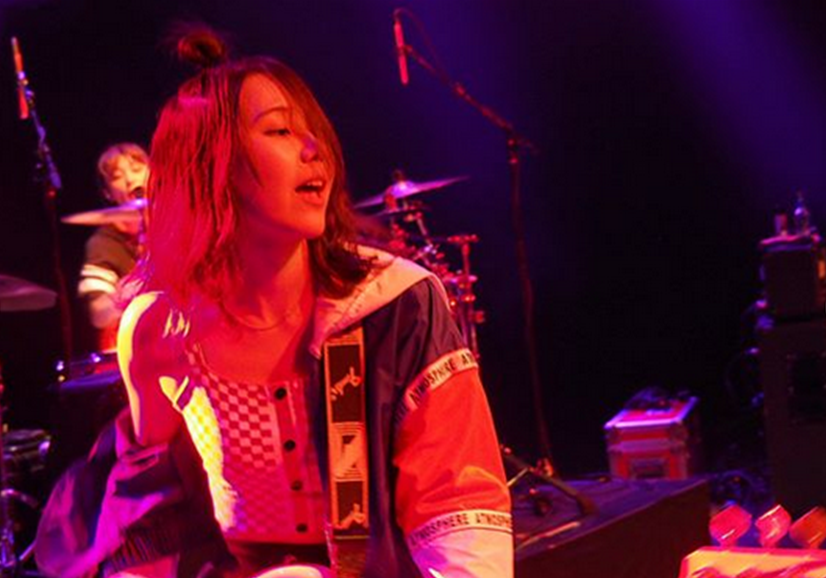 After a brief MC interlude, the group delivered the one-two HONEY opener punch of “Platform Syndrome” and “OVER”, the former a workout for the vocalist with many notes in her upper register. “OVER” featured MAMI’s fiery and fluent octave riffing and delicate wah-wah playing accompanied by drummer RINA’s thunderous tom-tom rolls. Cheered on by the crowd, her guitar solo was sharp and cutting with a final note bend she milked until it seemed the strings would catch fire. 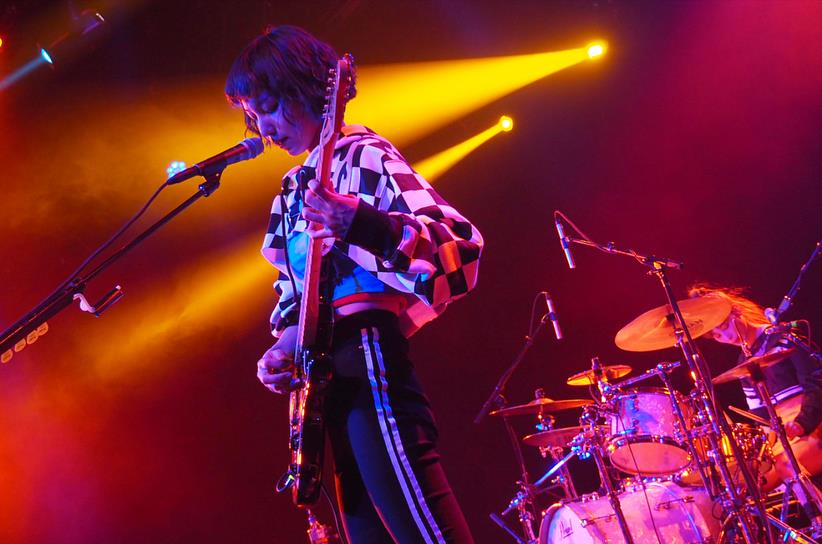 A fierce version of “FREEDOM FIGHTERS” segued into the more meditative “Morning Sun” showcasing HARUNA’s vocal prowess and the warm and sensitive backup singing of her bandmates. The mid-tempo “Departure” was more of the same, and then MAMI took a vocal spotlight turn on “Koe” to the audible delight of the crowd. HARUNA delivered a longer MC, mostly in Japanese, but took a moment to ask if anyone in the crowd had seen them on their initial 2008 U.S. tour. One brave soul shouted, “me!” to which the vocalist good-naturedly replied, “Long time, no see!” She then dedicated “Sisters” to the New York audience and the version that followed felt inclusive of all regardless of gender. 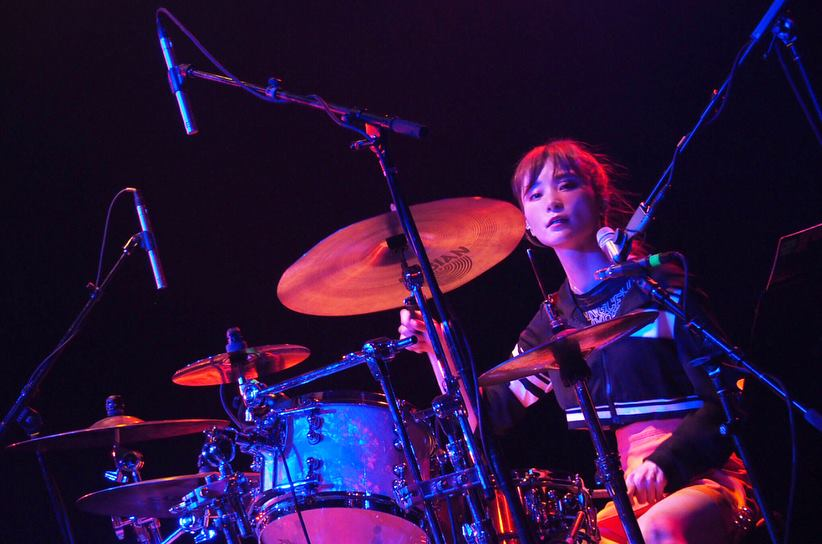 “Koisuru Universe” provided MAMI another opportunity to show off her guitar slinger skills, with a bumper crop of soaring single notes and dexterous pitch-bending antics. New “towel song” “Electric Girl” lived up to its title, with MAMI tossing off slide-induced shards of echo and TOMOMI thrilling the crowd as she mounted a riser for a brief bass solo.

SCANDAL brought the main set to a close with all-out versions of “LOVE SURVIVE” and “Take Me Out”, leaving the audience chanting for an encore. The group did not disappoint, returning to the stage for revved-up renditions of the beloved “Shoujo S” and “Doll”. The energy output on stage made the eighteen tunes go by in a New York minute. The band lingered long enough to introduce themselves with HARUNA declaring, “We live so far away but feel so close to you!” No doubt, the Big Apple crowd hopes it won’t take ten more years for a repeat performance. 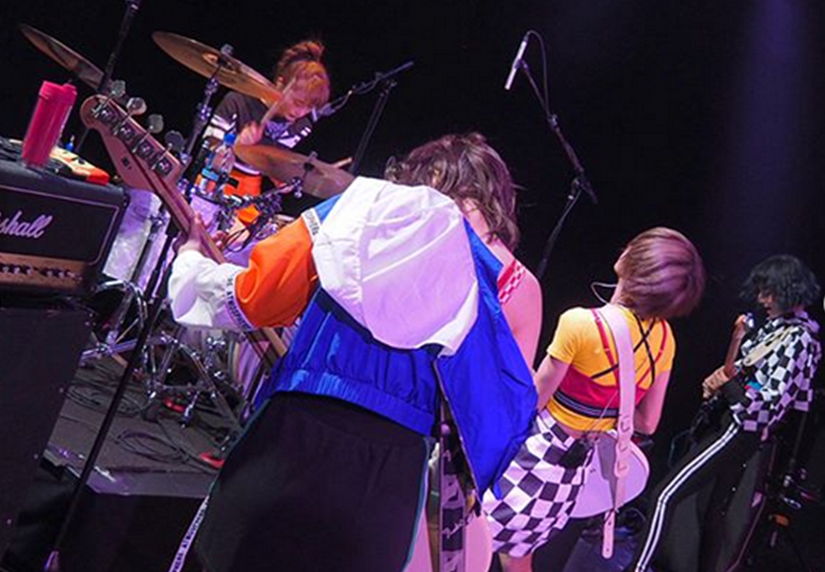 As of this writing, tickets are still available for their remaining U.S. shows, so do yourself a favor, go buy one and see one of Japan’s finest musical exports. Check out their message to fans on Facebook.