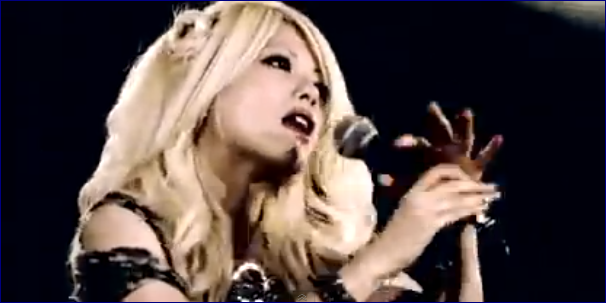 I like LIGHT BRINGER a lot — but this new PV started to get me a little dizzy after the first 2 minutes of spinning camera:

_
Blondie would be so proud of their lil’ Japanese babies.

It’s a fun message, teasing their new song “Reach for the Sky”. Personally, I can’t take my eyes off Ken’s rad earring!

They posted a demo version of “Reach for the Sky” a few weeks ago.
Check it out: 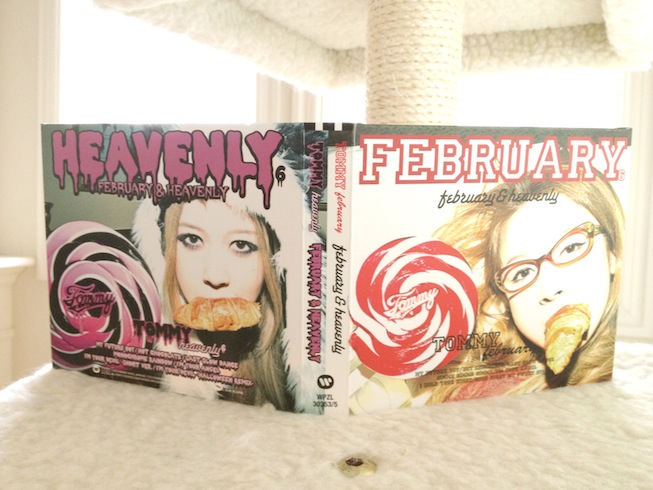 The brilliant green’s vocalist Tomoko Kawase can’t seem to make up her mind(s) — so next month (yes, in February) we’re getting a double release from alter-egos Tommy February6 and Tommy Heavenly6 titled FEBRUARY & HEAVENLY

The teaser pic above is from Tommy’s Twitter (or it’s from her cat, if the surrounding environment tells the… tail tale.) Double-disc + bonus packaging to celebrate her 10th anniversary.

TsuShiMaMiRe (undercover as faux band THE SHOCKINGS) in this PV for their upcoming release SHOCKING (Feb. 28, 2012).

TsuShiMaMiRe hit their peak when they were constantly touring the USA back in the 2000’s, with regular check-ins at SXSW and the Japan Nite tour. Check out the video below to see why everyone fell in love with them. 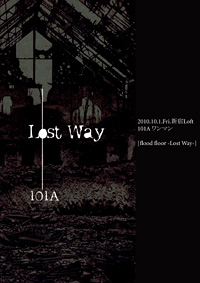 One of the best Japanese indie-band live DVDs in recent memory, 101A’s flood floor -Lost Way- was mixed and edited in-house by the band members Sally (video editing) and the k (sound mix). The DVD packs 24 songs into the 1-hour 45 minute show, and if you check the liner notes there’s even a few left out, like their cool cover of “Heart-Shaped Box.”

flood floor -Lost Way- has a calculated, tidal ebb-and-flow. It gets hard and heavy when noah’s ripping guitar lets loose in “Migration,” and the k taunts the crowd before launching into the dragon-crawl bass of “Serpent.”

Some of the quieter moments stand out, too. noah’s seated performance of “ghost” brings a warmth to the song significantly different than the recorded version on their latest release 4, and drummer Sally gets some nice (and rare) spotlight time on “Aerial.”

Noah’s delicate voice and small frame don’t hold her back from roughing up “moon” and “Miranda Lethal Weapon” a little bit near the end of the set, and the near-chaotic, fan-favorite “sex slave” gets two versions to finish it out. 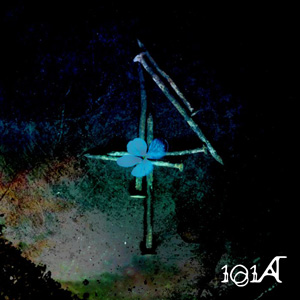 101A’s coiled-snake style is an acquired taste, but their new release 4 shows off the Japanese alternative noise-rock band’s ability to hold you locked in their stare until the inevitable lethal strike.

As with 2008’s lethe, this isn’t a single-driven album with choruses to belt out at karaoke — it’s a solitary, atmospheric experience designed to slither into your mind when the lights go out.

With opening track “Luminous,” noah’s will-o’-the-wisp vocals lure you in with the repeated (and suspiciously innocent) chant of “goodbye” layered on top of 101A’s signature deep-chord guitar work. While “Luminous” displays 101A’s polished and familiar climactic structure, things get a bit rougher and less predictable in “Otogi” with some terrific fuzz-filter guitar and bass at the song’s mid-point.

“ghost” benefits from the longer track length (7 minutes+) and creates an eerie world with an exceptional amount of variety in its dark tones. “iron” has a similar length, but its steady drone and methodical progression will prove to be the endurance test for new listeners.

“moon” is where the album finally gets loud (courtesy of the k’s three-string bass guitar groove), and he takes over the album for a solid 8 minutes in “5334” with his hypnotic, spoken-word lyrics.

4 isn’t a starter album for new fans (go back to lethe‘s “Miranda Lethal Weapon” and “migration” for that), but it’s the best album to put in your head if you prefer your dreams a little darker.